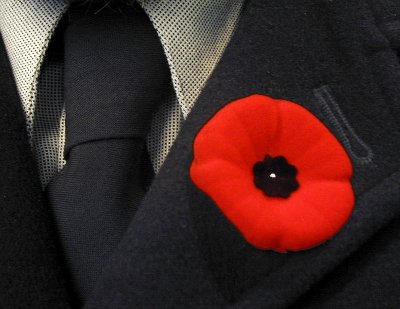 I’m spending the day thinking about what Remembrance day means to me and what it means to my kids.

For me growing up it all about WWII. All the other wars were mentioned but it was that one that stood out. I think for we it was because my Grandfather was in that one. He was a photographer in the US military and followed the bombers in over Germany to photograph bomb damage. For me it made it real and something to be thankful for.

For my kids its more real now with Afghanistan. There is a group that started where I live and actually at the school my kids go to called Little Women for Little Women in Afghanistan. They raise money to hire teachers in Afghanistan so the girls there can go to school. From hearing the group talk at their school they learned that the women over there don’t have the same freedoms that they have. The one that really stuck in their minds was that girls were not allowed to go to school. During the summer be went to a photo journalist piece on Afghanistan. One photo showed a fully armed Canadian soldier standing guard as girls went in to a school. That’s when my son (8) asked the question “Are we at war with Afghanistan?” To which I answered “We have troops in Afghanistan fighting against the people that don’t want those girls going to school.” I tried to explain about 9-11 but he wasn’t even alive then. He never saw the towers fall and couldn’t grasp the fear we all felt that day. Giving freedom to those little girls, that was something he could understand.

For my kids giving those little girls the freedom to go to school is what they will remember and they are thankful of the sacrifice soldiers make for that freedom.

One thought on “Remembrance Day (Veterans Day for my American friends)”