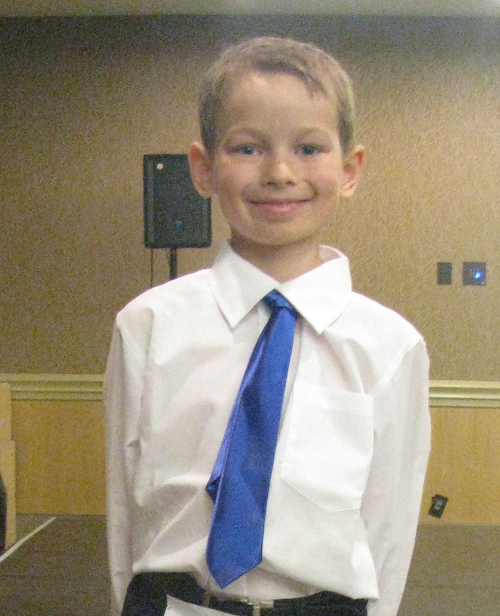 This year I will be homeschooling my Grade 5 son Philip. He loves to read and devours books. A number of nights I’ve checked in on them before I go to bed and find him still reading. He also loves science and we talk frequently about it. He also wants to be a writer. There he needs a lot more practice.

Philip has a complex history that affects a wide range of things. He is a two time cancer survivor. He was first diagnosed at age 3 1/2 with neuroblastoma. He under went 9 month of heavy chemo, surgery, radiation. They finished with Megadose chemo and a stem cell rescue of his bone marrow. With the stem cells they harvested them from him early in treatment and froze them. The Megadose wiped out his bone marrow and they gave him back his frozen cells and regrew his bone marrow. He was cancer free for a year and then it came back. They hit it hard with radiation and more chemo. A year later it was no longer visible. We continued the chemo for another year. He has now been cancer free for 4.5 years and off treatment for 3.5.

The positives out of this. First he has a very deep spiritual life. He knows the odds he beat were not good and he recognize and thanks God for that. Second he doesn’t give up. That can be double edge sword at times but overall a positive. Third he believes in his own abilities. He is not one to not try because it looks difficult. That is also a double edge sword. I sometime thinks he looks at things like “It has a 1 in 10000 chance of killing me but I beat a cancer that had a 4 in 5 chance so I can do it”. I can no longer keep up to him on skis. He confidently does double black runs. Fortunately my wife can keep up with him.

The negatives beside the obvious one. First he is very small for his age, about 1 percent on the height and weight charts. The doctors are keeping an eye on that but it is a common side effect. It means that he is the smallest by far in his class. Its so bad that it looks like he doesn’t belong. It also means he’s a target. He also gets angry easily and some of the kids learned which button to push. Needless to say that lead to some disciplinary problems. Last year he went from grade 3 to grade 4. Where we are there are class size limits that change at that point. So grade 3, 16 classmates, grade 4, 32. Back to the negatives.

He also has high frequency hearing loss. What it means that there are certain sounds he can not hear. He can compensate with filling in the blanks from context. He also has access to a portable FM system and the teacher is amplified. It won’t be a problem for me homeschooling.

Philip also has ADD and although I have tried a number of alternative regiments and have some more to try he is medicated. With medication he does very well. Days that we forget well that’s another story.

So that’s or basic background. We are homeschooling because we don’t have the behaviour problem except at school. Not that I expect everything to come up roses. While he is a good student we believe that he can do better in a better environment. I am also cautiously optimistic that I can reduce his ADD medication. We can cover topics at his pace and tailor to his learning style. Overall I can’t wait to get started.

8 thoughts on “My Homeschooler”