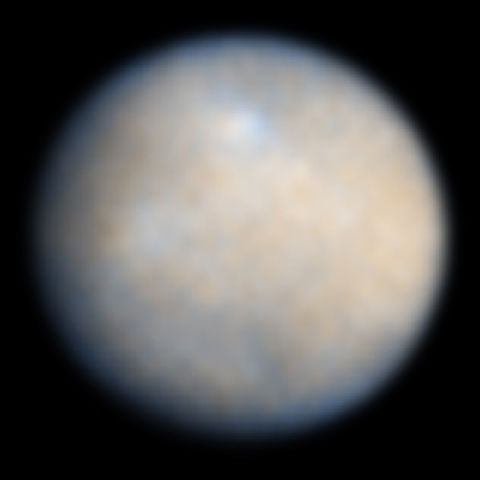 When I was growing up there were 9 planets. Then scientists decided that Pluto was a dwarf planet and there was only 8. So why did this happen?

To start out 200 years ago we had 11 planets and Pluto had not been discovered yet. Those 3 extra planet were the largest of the asteroids. They were Vesta, Juno and Ceres. Ceres has since been classified as a dwarf planet. As they discovered more and more asteroids they reclassified them all as asteroids as they were different than the planets.

When Pluto was discovered they thought it was much bigger than it really is. Thus they had no problem with considering it the ninth planet. When they found Pluto’s moon Charon they were able to calculate the mass of Pluto using the laws of physics. They found that is was tiny although still bigger than the asteroids.

In the 1990’s scientists started finding more object out in the area where Pluto is. This area is called called the Kuiper Belt. One of these, Eris, is actually bigger than Pluto. They had a problem. If Pluto was a planet then so was Eris and probably some of the others that they were finding. We were going to end up with 13 planets and it would have grown from there. They estimate that there could be 200 objects big enough to be called dwarf planet out in the Kuiper belt. We certainly didn’t want to have to memorize 200+ planets.

In 2006 they defined what is required in order to be a planet.

So if they pass 1 and 2 but not the third they are considered to be a dwarf planet. If they meet all three then they are a planet. This was a controversial decision with a number of scientists wanting Pluto to remain a planet but really it was the best solution. For science to go forward we must be willing to reexamine, redefine and change based on the facts.

5 thoughts on “D is for Dwarf Planet”