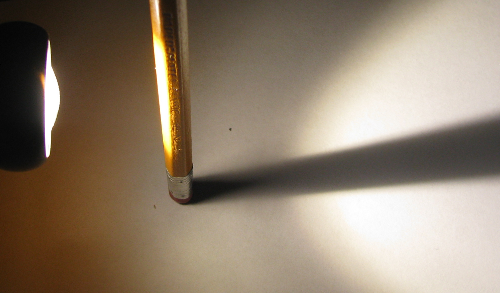 I remember seeing a solar eclipse when I was a kid. My dad had us use a pinhole to project the image on a piece of cardboard to view it safely. I tried to look up when it was but it was to long ago, seventies is the best guess I have. I have seen a number on lunar eclipse and took my kids to go see one a couple of years ago.

There are two kinds of eclipse that we talk about. Solar Eclipses and Lunar Eclipses. 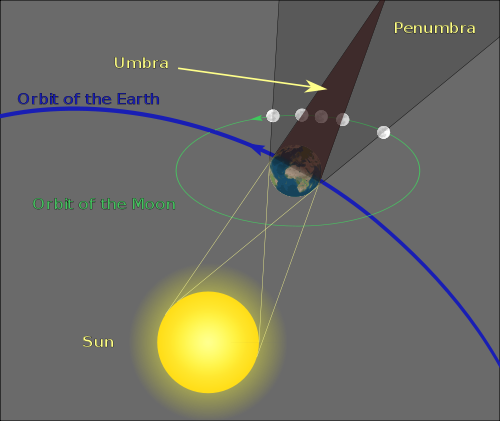 Lunar eclipses occur when the Earth casts a shadow on the moon. This happens when the Sun, Earth and moon line up. When it does happen it is visible from anywhere on the night side of the Earth at that time. This You tube video explains it very well including the question of why it doesn’t happen every month. 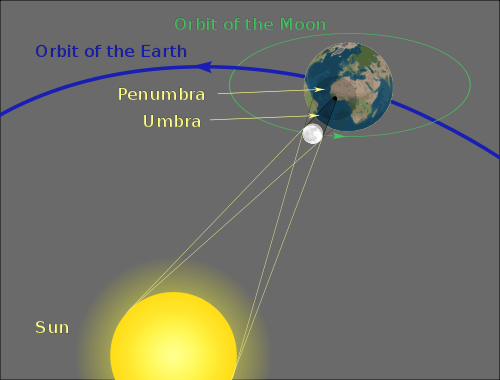 Solar eclipses are when the moon casts a shadow on the Earth. These are more rare to see because the shadow cast by the moon is smaller and thus only affects a small area. This area can be in quite remote locations or at sea. It also lasts a much shorter period of time. The same tilt of the moons orbit has the save effect of not always lining up. All that make solar eclipses more rare and often not were you are located.

Now there are two parts to the shadows the penumbra and the umbra.

Penumbra – Is the outer area of the shadow and is lighter because some of the light is getting past the shadow.

Umbra – Is the inner part of the shadow where it is darkest. That is because it is the area where the light is completely blocked.

To demonstrate you need a really bright light. In this case I’m using my bedside LED reading light. It took me a couple of tries to find a light that would show it clearly.

One thought on “E is for Eclipse”