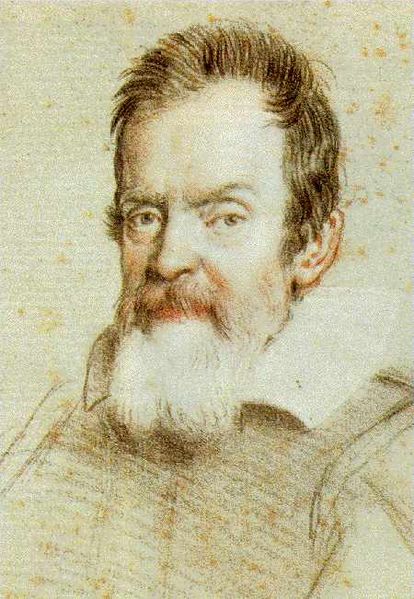 We have already talked about gas giants so there is little point in examining Jupiter in more detail. Instead we will look at the moons of Jupiter.

Currently there are 67 confirmed moons of Jupiter. The first four were discover way back in 1610 by Galileo Galilei. He observed them night after night with a telescope and carefully plotted their position compared to Jupiter. This was ground breaking because the teachings of the day had the Earth at the center and everything went around the Earth. He was able to see that these objects were going around Jupiter. His careful observations got him the name ‘father of modern observational astronomy’. These four moons are called Io, Europa, Ganymede, and Callisto.

Io is the fourth largest moon in the solar system and is the most geologically active with many volcanoes. We actually have images from two fly-byes 8 years apart that show changes to the surface.

Europa has a surface made of water ice. It is believed that there could be a liquid water ocean below the ice. They believe this because the surface lacks cratering that would be expected. Thus the surface may be being recreated and that would need water flowing up. If it does have a liquid ocean that would be a good place to look for life. 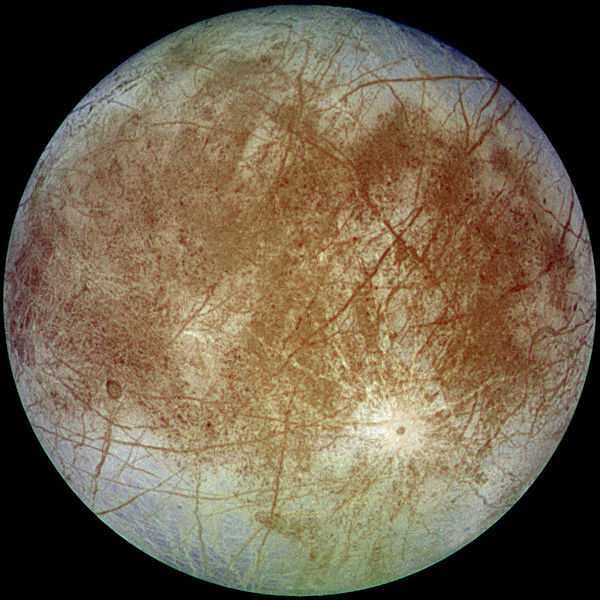 Ganymede is the largest moon in the solar system. It is so big that it is larger than Mercury although it has less mass. It is made up of rock and water ice and is also believed to have a a liquid water ocean about 200 km down. 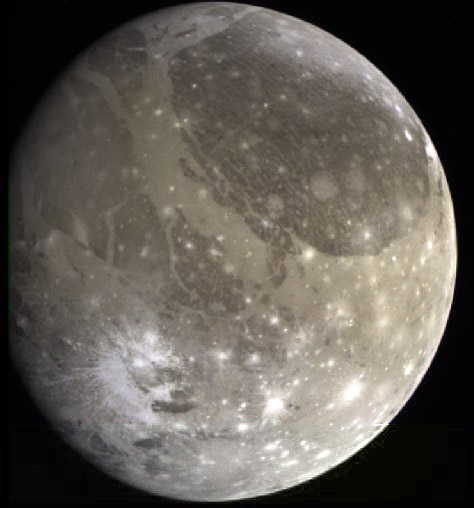 Callisto is the third largest moon in the solar system and is only slightly smaller than Mercury. Again it has much less mass than Mercury. It also has rock and water ice but its surface has much more cratering, showing its age. It may have an ocean deep down but Europa is considered the most likely to have life. 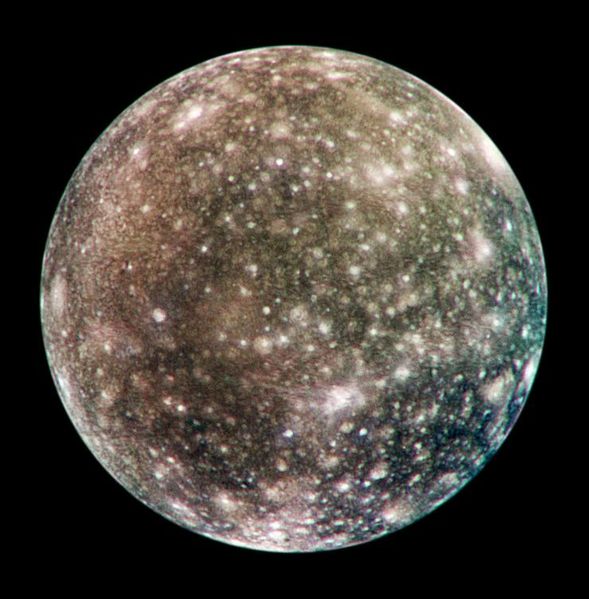 One thought on “J is for Moons of Jupiter”