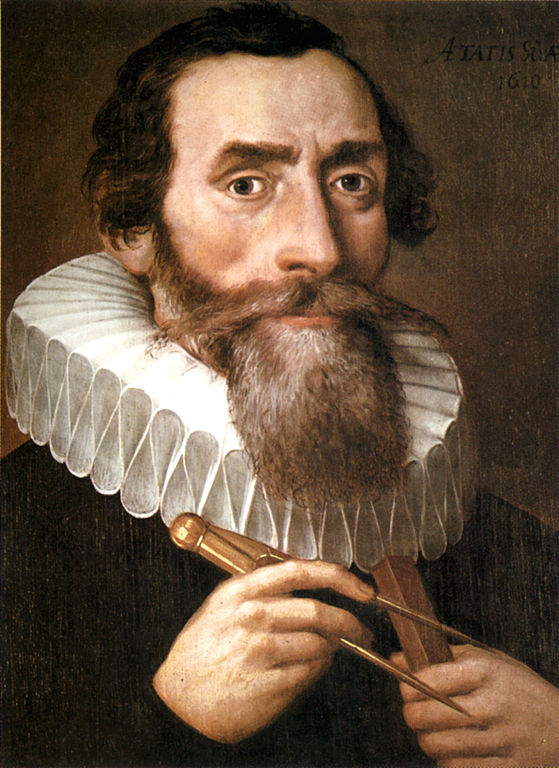 Johannes Kepler is one of the names that I remember from school. Mainly because of the three laws that are named after him. The first law states:

The orbit of every planet is an ellipse with the Sun at one of the two foci.

He came up with this law after careful examinations of data from Tyco Brahe on the orbit of Mars. He was trying to find a shape that matched the data. After years of careful examination, calculation and trial and error he found that the eclipse works.

A line joining a planet and the Sun sweeps out equal areas during equal intervals of time.

This came from the same analysis of the first law. This law basically says that when we are closer to the sun in our orbit we are going faster. You can see this sort of behaviour when when you roll a coin into a wishing well vortex. You can see the coin making an eclipse and it gets faster when the path has it closer in.

The square of the orbital period of a planet is directly proportional to the cube of the semi-major axis of its orbit.

The third one is a lot more complicated to explain and I can’t avoid the math portions of it so I will leave it. If you want to lean more the Wikipedia article has an explanation.

He did a lot of other things in his life including writing a book that some regard as the first work of science fiction where he hypothesizes a trip from the Earth to the moon and viewing the Earth from there.