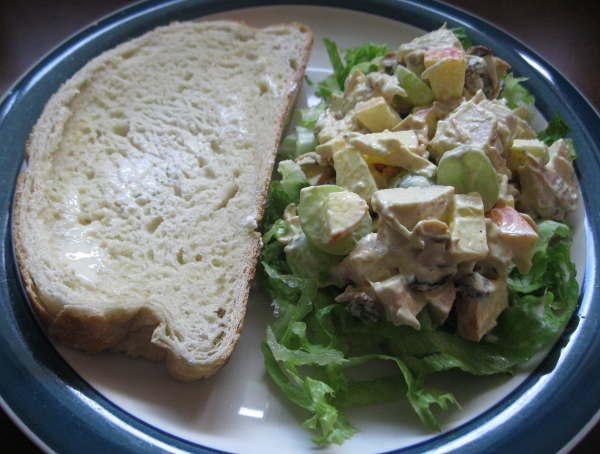 Everything wraps up next week. The last day of Ian’s preschool is on Thursday and they are going to have a graduation party. The kid’s Irish dance also ends on Thursday and yes they too are having a party.

This week however has been more of the same from last week. I am not even sure what I did exactly other that I didn’t stop.

We are going camping this weekend. Each year Tae Kwon Do puts on a family camp-out. It has been fun every year and we get to go practice on hopefully dry grass in the fresh air. I am posting this and hopping in a car to get out of here.

Utter failure. I knew when I started this that it would happen eventually with the schedules the way they are. So I figure the best thing is to re-post my last weeks challenge for myself and get back at it. So I will be cleaning my ‘Spice Shelves’ this week.

I got mentioned by Jessy over at “A Great Balancing Act”. She has been motivated to start decluttering. She was far better at it this week than I was.

The final portfolio has been sent in. School is still in session for another week and a bit so we will be doing fun but educational things and a couple of field trips. Thanks to Karen at “Homeschool Girls”, Philip is now hooked into Crash Course videos. He is currently watch his way through the chemistry ones.

In Chinese Philip has gone from 83% to 92% complete. He has completed all the lessons but the ones marked review are still listed as ‘In Progress’. I have been trying to figure out how the reporting calculates those percentages. It appears that he not gotten a high enough score (60 to80%) on the review sections. The review lessons are the only section that he can not retry individual subsections to improve the score. Thus he has to redo the whole section and try to beat his last score. I emailed his teacher overseeing the course and in his opinion he is finished.

The problems from last week do appear to be partially the version of flash but mostly it just got tougher. We inadvertently proved this when while trying to find another audio of the word he was trying to say brought up Google translate. I had Google say the word to help him have another source of how it sounds and his computer picked up the word from my speakers and took the word as correct. It showed to him that it was partially his pronunciation.

I did cook up the Coronation Chicken from last week. I loved it. My son had some problems with it that will be resolved next time. My wife had some suggestions mainly a more fruit and less chicken. She would also prefer it with Miracle Whip instead of my Hellmann’s Mayonnaise. Yes we have two jars and sometime we disagree strongly which one we should use. With me doing a lot of the cooking it tend to go my way now. However I will concede on this one, in the interest of getting more salads into everyone. The other two didn’t like it but I think the more fruit will help them as well.

Ian got a new stuffy bear this week which he promptly named “Myth Bust Bear” He treats it like Buster most of the time although it has played the part of all the Mythbusters in his make believe mythbusting.