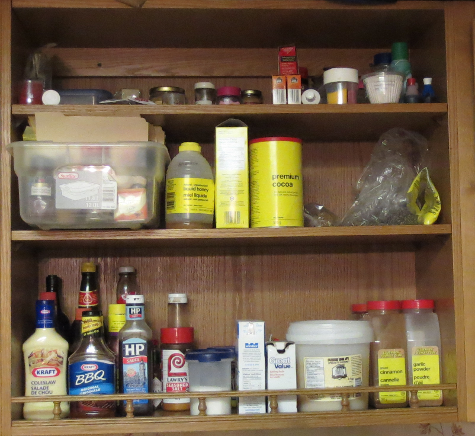 Margaret’s last day was on Thursday. As I said in the last post, but I was so late getting it up that few have read it, Margaret has decided to try homeschooling for the year. I expect that she will continue past that but I had to agree to that request.

We spent the week getting caught up on somethings that had been put off. Philip and I both got haircuts. That is much easier during the day. We got caught up on some cleaning. Standard had slipped around here.

Friday was our first official day of summer vacation so we just relaxed. I think we all needed to just breath.

I finally got it done. It was clear based on the expire dates that the top shelf hasn’t been sorted since we moved in here a little over two years ago. The top shelf is still a bit disorganized. It has a lot of weird miscellaneous stuff. Mostly cake decorating but some other things as well.

I decided to take a picture of my spice filing system. Its not exactly Pinterest pretty but works for keeping those bags of spice organized. They are alphabetical and I just lift down the whole thing when I need a spice. 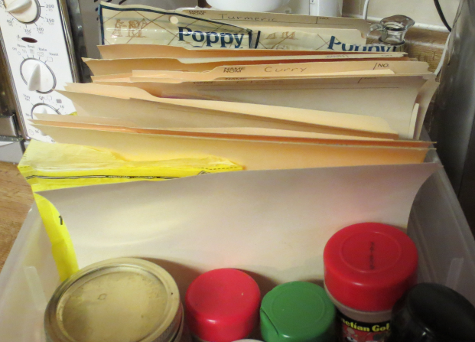 Next weeks task. We are going back to my desk… Most of it is the portfolio for this last term and some curriculum for next year.

Margaret has decided to try homeschooling next year!!!

I am so happy. I know that she can get some much further without the, I guess glass ceiling is the best I can come up with. There is a roadblock at PS but it is hard to see. I have done everything I need to do. I filled out the form to enroll her at Heritage Christian Online school. That is the Distance Learning provider that we use. I have provided her last report card and birth certificate. Now everything is in their hands. I can’t take the next steps until she is formally accepted. This is just a formality but it has to be done before we can move on.

We are going to be participating in some Maker Camps this summer. They look like a lot of fun and fit nicely with some of my other plans. I haven’t finalized what we are going to do and most will just happen.

I made crockpot pulled pork. It works well but nothing I have ever done matched the pulled pork I had in San Antonio. As always I end up with way more than we can eat in a couple of meals thus I had to get creative with the leftovers. I mixed southern BBQ with Asian and made Pulled Pork Fried Rice. It came out very good even with the BBQ sauce that was in the pulled pork. 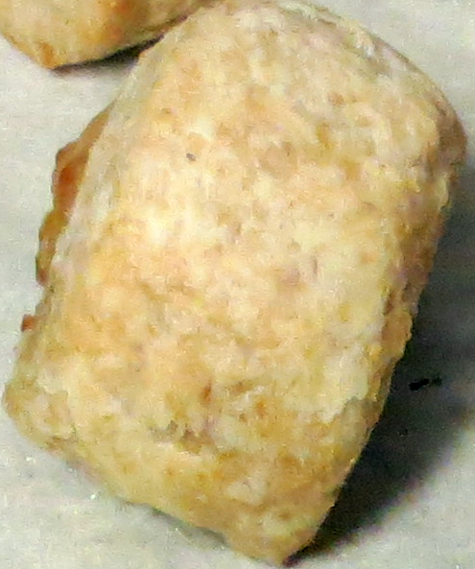 I did get the recipe for Sausage Rolls up from last week and linked up on a couple of blog hops.

My daughter walks in and says “You know how we use these, (Shows me the handle) to climb up on the counters”

I have an 70’s kitchen and the panels are very thin. It actually pulled right through the wood. Time to teach her some home repair.