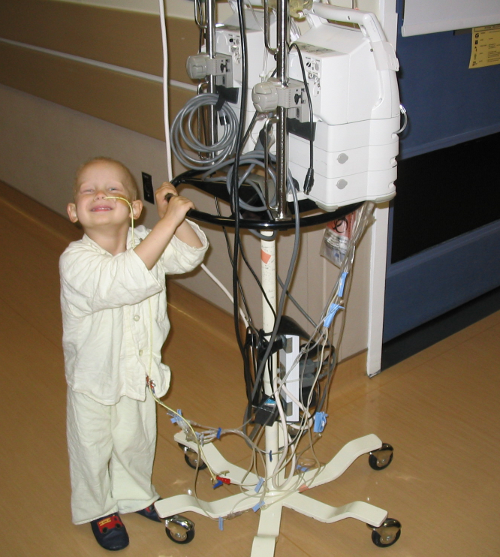 September is Childhood Cancer Awareness Month. I was reminded of this by a blog post on An Ordinary Mom. I liked her approach of telling the story through previous posts so I am going to do the same. First I will start with a picture of Philip at age three and a half receiving treatment.

Although she ended with the video I am going to start with. It is hard hitting at the start as is a cancer diagnoses but it ends with hope.

As some of you know my oldest son Philip is a two time cancer survivor. The first part of his story is under I too know too many names.  As the video says it is very hard to explain the whirlwind of emotions getting that diagnosis 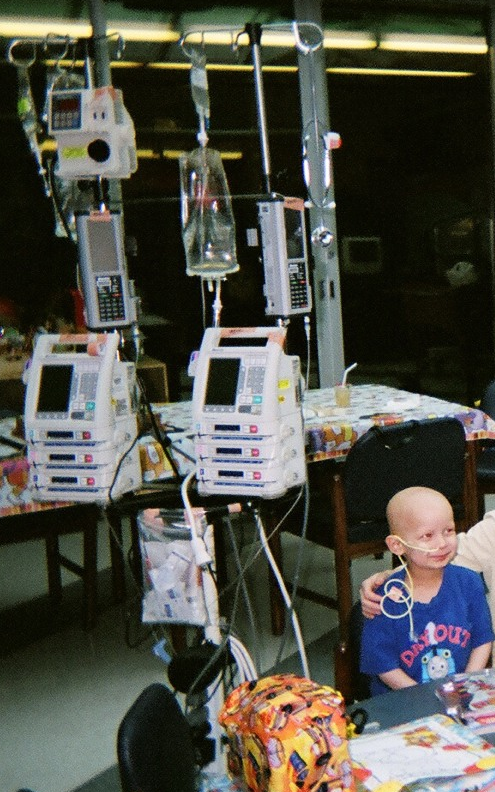 The second post I wrote was to get people to vote on contest where Pepsi was donating money to a cause based on votes. They ended up winning. Anyways I wrote a post called Scariest Day.  It was probably the closest he came to dying. Too many of the families that were there during our treatment lost kids to cancer. 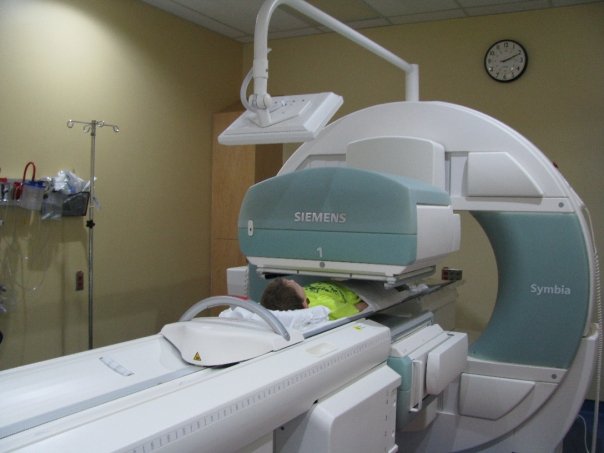 The video talks about some of the side effects of treatment. Hearing loss is the price we paid for our son’s health. Some of the chemo and more powerful anti-biotics damaged his high frequency hearing. I did talk about it a bit last year when we got him a hearing aid. Homeschooling Journal Week 24. Some of the kids ended up with much worse permanent disabilities. The one that got me the worst was walking into play area to see a teenager missing most of his leg with his foot attached on backwards where his knee should be. Later I found out that they could use his ankle, reversed, as a replacement knee.

One thing they didn’t mention is the mental burden these kids deal with. Last year we came to the realization that Philip was fighting some internal battles in regards to the death of kids he had played with in the hospital and considered friends. One in particular he remembered was Connor. They played video games frequently while they were in-patients at the hospital. Connor passed away just short of his 18th birthday. We always felt that Philip deserved the truth and never hid anything from him. I still believe that was the right decision but it did put some very heavy loads on his shoulders. I discussed this in two blog posts last year: Homeschool Journal Week 3 and Homeschool Journal Week 4.

I am listing the two charities listed by An Ordinary Mom. They are St. Baldrick’s and CureSearch. I am familiar with both and both do excellent work. Both are US based. For those like me and are in Canada, Childhood Cancer Canada Foundation is also good one. Thank you.