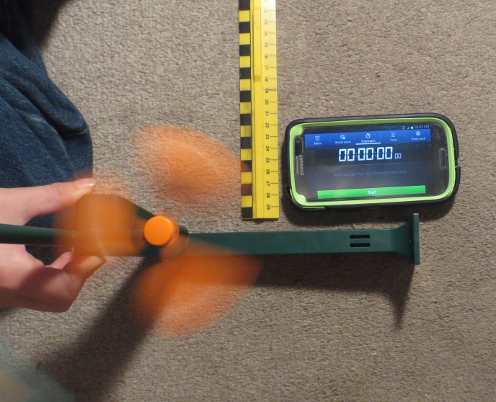 The highlight of this week was the great mouse battle.  We first spotted the mouse as I heard noise in the kitchen. Quietly entering the kitchen I watched a end of bread slide along the crack between the counter and the oven. Time for some traps. Pulling out the stove revealed they were coming up where the electrical came in for the stove. I set some traps baited with peanut butter and within an hour caught the first one. We have now caught seven although one was a live capture. He had gotten all the way in the trap and only had his tail caught. I didn’t realize he was still alive until I dumped him, fortunately in the outside trash to watch him quickly burrow under the garbage. Hopefully I caught them all. We have not seen any evidence for two days now. I am going to rebait the traps with something different and set some glue traps to see if I get any more.

We are starting to find our groove. Hopefully next week will fully be on track. The big thing for next week is to move from reading and research into actually producing some projects. As usual some of our projects have changed, their research took them in a different direction. Fortunately I can still meet the learning outcomes with the these new projects. Originally I was going to have Philip write about which planets or moons most likely harbour life. Now we are going to be looking at what would be required for humans to live on Mars. We may still do the first one for the next section. I’ll just have to modify the question I am asking slightly.

Margaret has been taking measurements of the weather since the start of school but we have not really had much wind except a couple of storms at night. So they had the idea of testing the wind meter with the fan. Needless to say even at the lowest setting there was no way to count the revolutions. Then Philip had the idea of using his camera, it has a slow motion feature. That slowed it down enough to count the revolutions but raised the problem of time. How long was one second in the slowed down video. We solved that by putting my cellphone in the frame with a timer going. It was cool to see a second taking forever. We were able to count and with a bit of math come up with 318 RPM. Then I asked them to figure out if the wind speed was decreasing with distance. We set up a tape measure and repeated the experiment at 2, 4 and 6 feet. We couldn’t go any further because the lighting (desk lamp) required for the slow-mo to work wasn’t going to stretch that far. This also led to the discussion on why more light was need to for the slow-mo to work. Philip already knew a lot of it but hadn’t put the pieces together. We also had a short lesson on how to put the numbers into a spreadsheet and generate a graph. We used that to predict the 8 feet number. I was going to have them test to compare the real to tested but the video didn’t come out due to the lighting.

(I have a video of the experiment I just need to figure out how to do videos on WordPress. It is more complicated than I am ready to tackle tonight and I am going to be out most of the weekend.)

Ian was introduced to JumpStart by Margaret. It is a Grade 1 disk so he is struggling a bit but one section has him learning the letter sounds. That reinforces Jolly Phonics that we have been doing.

Sometimes you just have to go where the research takes you.

We have been eating ham all week. I bought a large ham early in the week and so far it has two roast ham with scalloped potatoes, one fritata, numerous breakfast and lunch things and I still have lots left.

Raoul, his mother and two brothers. Raoul passed away Wednesday night at the tender age of 12 of the same cancer that my son beat. His mother is a single mother. She worked nights to support her family and was at her son side during the day. How she did this I can’t even imagine. This last month her son’s care required her almost constant presence and she was unable to keep her job. Another family that has a son fighting cancer stepped up and starting a fundraiser to provide a funeral for Raoul and some funds to give the mom so she can grieve without the worry of money. They raised 15,000+ in three days. The fundraiser is now closed.

I am also praying for Ethan. He is battling the same cancer my son had and it has been a particularly tough battle. I also know the pain that they go through when a friend passes away. He has been in my prayers for years but I would like to like to add a prayer about the loss of his friend in addition to the usual prayer for healing.

I normally don’t link to CaringBridge sites as most try to keep it rather tight knit and it is very easy for someone trying to be helpful causing pain. Unsolicited advice is the number one problem. The safest is prayer and condolences. I know this site has been in the media so it is less private than most but still I am hesitant. Most of the people that read my site are good people and a lot I have talked to through comments but I don’t know everyone that comes on here. Anyways here is the link to Ethan’s Caringbridge.

September is Childhood Cancer Awareness Month. I wrote a post summarizing Philip’s story as told through earlier articles I wrote.

When ever I go out I leave the kids with a list of school work to do. With my daughter who zooms through things it is always

“When in doubt, Math”

To which my son responded

So I assigned them section C4 of their math.