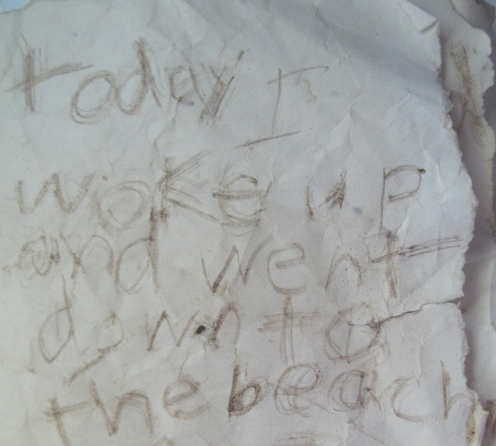 We started out our week madly cleaning as grandpa was coming over to paint all the trim on the windows that we had installed last year. They had come primed but not painted so it really needed to be done. That involved getting him unobstructed access to all the windows. That was a job and a half. The kids were very helpful although I question where some of the stuff went. We also came to the conclusion that we needed better storage for our lego. That led me to Pinterest for ideas. I then tried to pass them on to my wife to discover that she didn’t have an account yet. Is it a bad sign when the husband is using Pinterest before his wife?

Ian had a speech assessment done. He did borderline on the individual words but after I go him to try to tell her about a game he had been playing and she couldn’t understand him. Her comment was “Strange”. She is going to look in to it and in the mean time we have so therapy session scheduled. They also referred him for a hearing test just to eliminate that possibility.

We are plugging along. Philip has finished reading Christian Heroes: Then and Now – C.S. Lewis. We felt that this would be a good one for him this year given that he really liked the Narnia Series last year. It was interesting to watch him read sitting in his chair with the Wikipedia page of C.S. Lewis open on his computer. At one point he also had Google Earth open in street view and I realized that he was exploring C.S. Lewis’s hometown.

Philip has been looking at population, population density and the factors that determine where people choose to live. I had him look up the 5 largest cities for each of the three countries and write down the population and the density. I also asked him to read about them and see if he could come up with some factors on why they form where they are. Interestingly he found a site the had the top 10 cities of Canada going way back. It was interesting to see how our population centers have changed over the years.

Margaret Has been continuing with Explorers and made her own Captain’s Journal. The instruction came from the unit studies we are using. She aged the paper using tea and bound the book with string. The cardboard will be covered with cloth but we didn’t have anything suitable. She used charcoal that we had out in the garden for writing. She told a fictional story of exploration in the form of a journal. The last page was a little disturbing as they died of hunger and frostbite somewhere in the arctic. 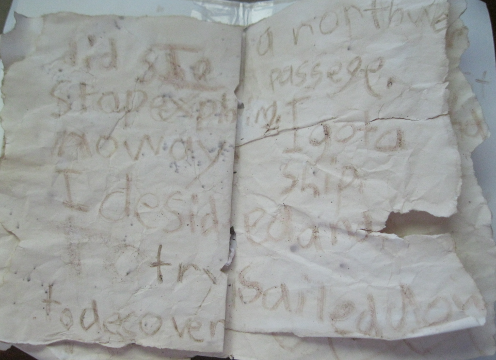 For I an we have set up a calender station for him and Margaret has taken it upon herself to do it with him everyday.

I made No Bakes for the Catechism class. Those are always a hit but apparently we are supposed to bring healthy snacks. Oh Well.

Most of the rest of the week was just a blur. To many things that happen close to dinner so it tends to be rushed. Last night completely fell apart and we went to Plan P. That is Pizza always a a kid favorite.

Ethan. His latest scans showed new spots of cancer. That and some genetic testing results mean they are running out of options. They are enrolled in another study but it is in the early stages where they are doing Dose Escalation Studies to see how much medicine they can safely give. He and his family could really use your prayers.