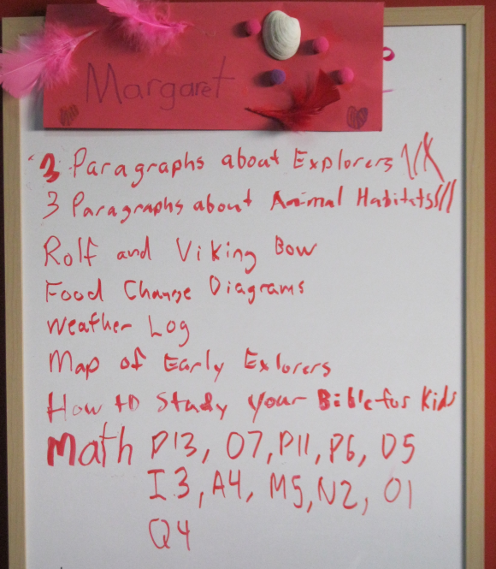 My week started out with a trip to Vancouver for a Catholic Men’s Conference. Twelve men in a bus for a 5 hour drive, one way. It was a great trip with great conversations. The only friction point was on food. Some wanted to stop and some wanted to drive through. We ended up stopping for a quick snack for us that were not going to make it. We then went downtown for a real meal. We ended up splitting up to find a place that could seat us. Thus 5 of us ended up in BBQ place eating a truly ridiculous amount of meat. Yummy.

The conference itself was great. There were three main talks, two of which were by Dr. Ray Guarendi. He is a great speaker with a cutting sense of humour. His second talk nailed the dynamics of my family so accurately that I bought his book: Discipline That Lasts a Lifetime: The Best Gift You Can Give Your Kids

. The cool thing was in buying the books the guy in front of me was a teacher and described the restrictions he had in discipline. When it was my turn I mention that those were some of the reasons that I homeschool. He told me that they have homeschooled all 10 of their kids. From his talk I also know that all ten were adopted. The second guy was also a good speaker but his subject wasn’t as relevant to me and thus didn’t have the impact that Dr Ray’s did.

One of our group had to drive down on his own do to his schedule so we decided that one of us should ride back with him. I ended up volunteering. We had a great talk on the way back. The only concern we had when we saw the bus heading the other way on the highway. The highways we travel are hours with very little if any sign of human habitation. So seeing a vehicle turning around to get to the nearest town is a little concerning. It turns out the hungry people on board had won in their demands for ice cream.

Wednesday was a mess. First we got new PVR so I was waiting for the cable guy to come around and hook up this new system. Before he arrived I was cleaning to make the place a little more presentable. One of the kids had dropped a bowl of chili in the kitchen and while it didn’t break it did splatter. It ended up getting let to dry overnight. The next morning I was sweeping it up which was working very well until I found some that was stuck on. I attempted to scrape it off with the broom.

Apparently it is true for brooms too. When I first became a SAHD I bent three mops in about 6 month trying to scrub stuff off the floor and thus now have a much heavier duty model. This is the first time I have done it to a broom. After some thought I bought the same model with the knowledge that scrapping is not what it was designed for.

Back to the original story, the cable guy arrives rewires stuff and hooks it all up. Great. Except he knocks out our internet for the afternoon. He forgot one step. It took me two calls and waiting for his to come back to get it fixed. Thus not much school work that afternoon. To top the day off out cell phone provider dropped coverage all across Canada for a number of hours that afternoon. We don’t have a land-line. Fortunately we do have Skype so that became my fall back if I had to call 911.

Note for my regular reader we will be going to southern California and doing the tourist thing. Thus this will be my last post for a couple of weeks.

We are plugging away on our portfolios. I finally got the task list up on the kids whiteboards. I also set the up their e-mail addresses so they both could email me their work. I prefer to edit online anyways and this saves paper. We have a lot of work in progress but very little finished. I hope to have some things crossed off the list for next weekend although I won’t be writing a post until we get back. My homework for the weekend is to do some proofreading so I can give some more directions on Monday. 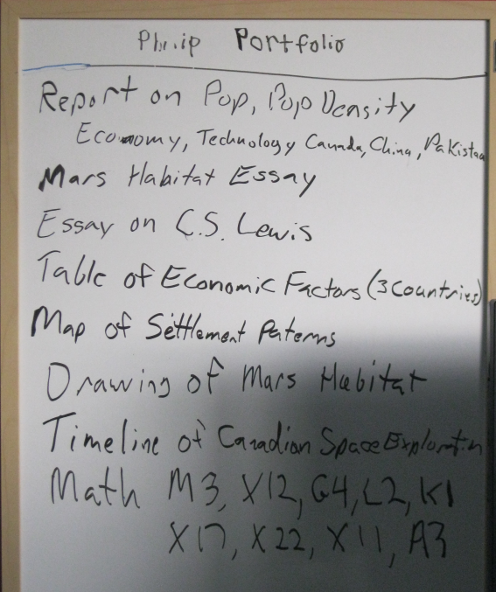 My favorite thing this week was…

A game I ordered on Kickstarter finally arrived. It got tangled up in some legal wrangling but it is here now and it is going to be fun to play. 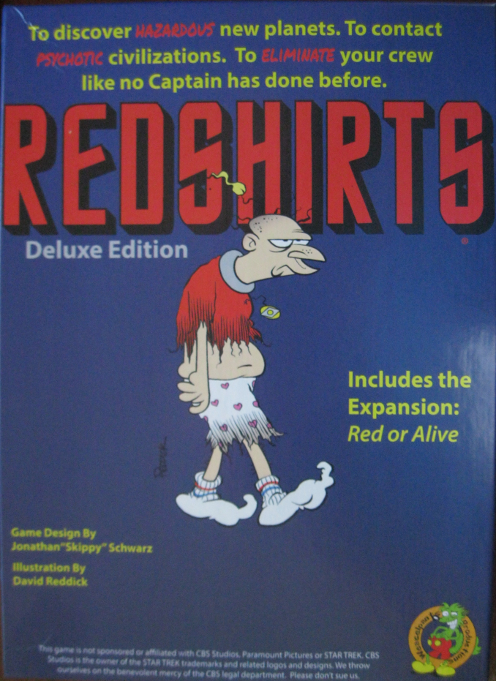 A number of lists from List it Tuesday had chili on them so I had to make chili this week. I never know how to make a small batch of chili. I forgot to take a picture of it but here is the pot I filled. The first night we had it with sourdough. The second it was with nacho chips. We also had it for lunch one day on top of a baked potato with sour cream. All in all we got a total of six meals for five people out of it. 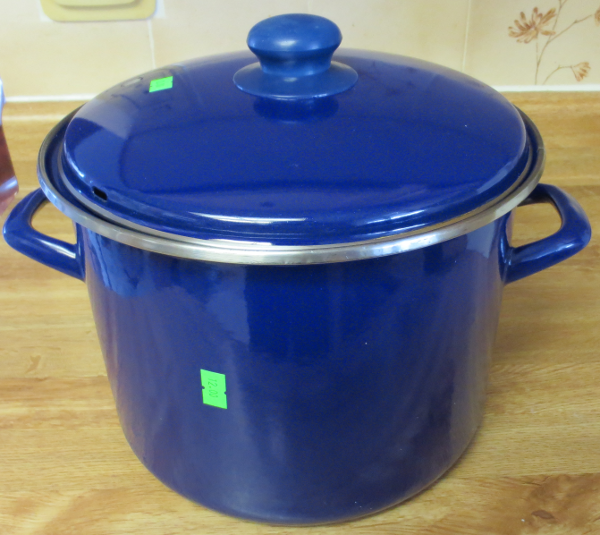 The weekend is Thanksgiving up here in Canada and my mom is in town so we will be doing to the whole turkey dinner thing on Monday. Thus we will be having leftovers all week and I will boil the carcass for some turkey and corn chowder to freeze.

Something I am ogling or have my eye on…

Another cookbook. I am also a fan of Jamie Oliver’s various shows and have made a number of his dishes before. Now he has a new cookbook

full of cheap meals and ways to save and still eat healthy food.