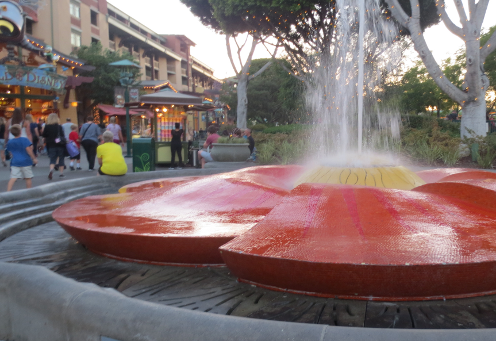 Day 1 – Flight to Vancouver and on to Anahiem

The first day of our trip was almost all travel. First we had to fly to Vancouver where we pre-cleared US customs. Then we flew on to John Wayne Airport in Orange county. The flights went fine and we made all our connections. We had breakfast on the secure side of the US departures in Vancouver. This is where I discovered that you can wash and dry a child’s shirt in the men’s room. I knocked over Ian’s Hot Chocolate. Since all our clothes were already checked I went and washed his shirt in the men’s room. The hand dryer did a great job of drying it out for me.

Landing at John Wayne airport is so much easier that landing at LAX. It is closer to the parks and far less busy. We had our luggage and where waiting for a cab within 30 minutes of landing. Our original plan was to take the bus but with the amount of luggage we had that proved to be a difficult plan to implement especially since it would involve a transfer. 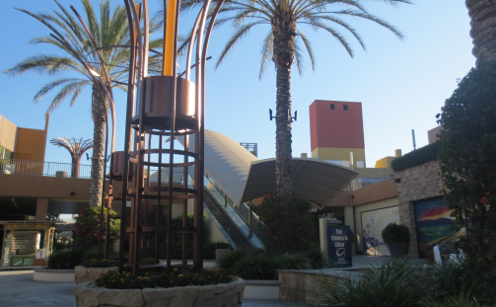 We got into our hotel and decided to go for a walk and find something for dinner. Danielle had seen something in the hotel for something called Garden walk. It sounded cool so we walked over. We were expecting a garden but it is actually a high end open mall. It was interesting but not what we were expecting.

The walk also had a trap on it. We got called over by what looked like the concierge service of another hotel. They started out with some free coupons and then tried to get us to come to a free breakfast. The final bit was that we would get a hundred Disneyland dollars to spend at the park. It was at this point that I clued in and realized that the breakfast was going to be a high pressure timeshare sales presentation. We walked away at that point. It did get us a coupon for a free kids meal at the place we stopped for dinner.

Dinner was excellent at a place called Bubba Gump. It was all seafood with shrimp as their speciality. I think I have seen the restaurant on tv somewhere as I recognized the signs that they used to call over a waiter. Each table had a pair of licence plates with ‘Run Forrest Run’ and ‘Stop Forrest Stop’. The service and the food was excellent, plus we got one free kid’s meal.

We also walked around Downtown Disney. It was a Halloween party so there were a lot of people in very elaborate costumes. I think my favorite was the guy dressed as Fox Mulder but that may just be me being nostalgic. We also did a bit of souvenir shopping as we had the time and wouldn’t have to do it in the parks. We did shop in the parks as well but this allowed us to get some things that we knew we were going to get without having to search.

One thought on “Our Southern California Vacation Day 1”