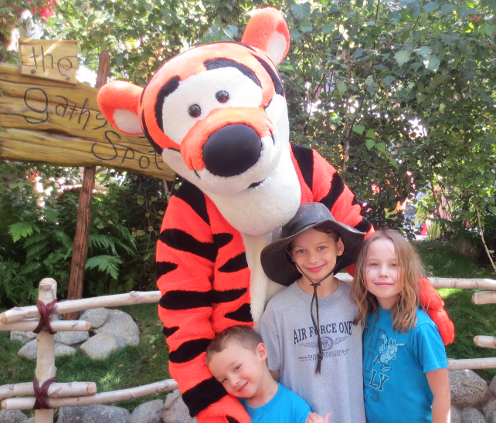 Our second day at Disneyland goal was to get all the rides that we had missed the first day. With two days I think we got on all of the rides at least once. Personally I could have easily spent another couple of days just exploring and finding neat things. 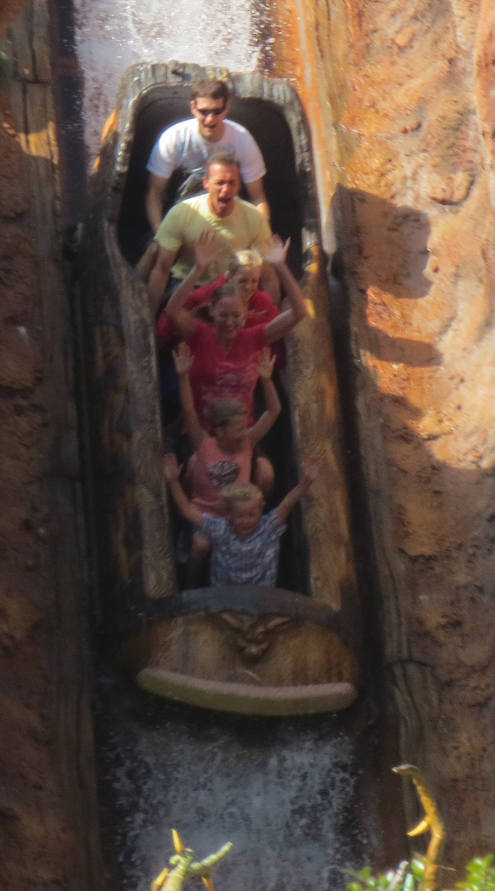 Philip also got to ride the Matterhorn which was a ride he remembered from his Dreams Take Flight Trip. We were actually there early enough that he got to ride it twice. There first time alone, the second with mommy. She had gone to get us all fast passes for World of Color. Those fast passes are wonderful. You grab one for each person in your group then go do other things until your 1 hour window, then you can skip most of the line. To make it sensible you use your park ticket and can only have one fast pass at a time. 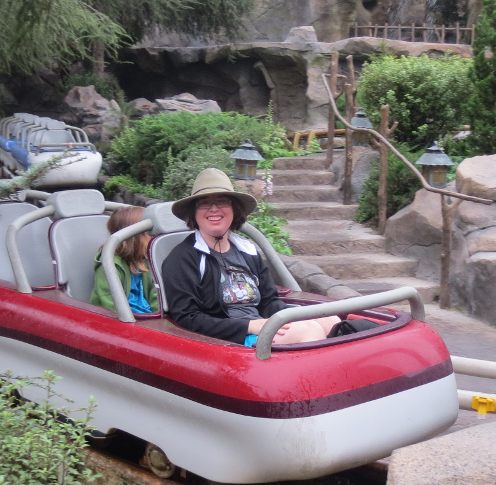 One of the next rides that we went on was the Roger Rabbit Cab Ride. At this point we discovered that the kids had never seen the movie. HOW DID WE MISS THAT???? We own it so it is just a matter of finding it in the piles of DVDs. 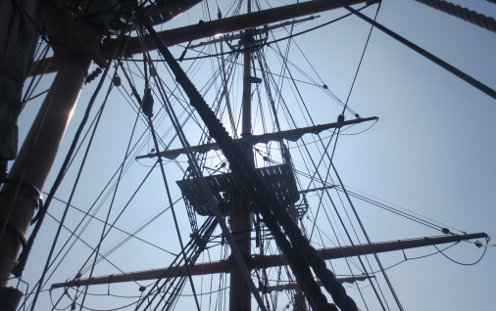 We also went on the Explorer Ship Columbia and sailed the Rivers of America. I found it cool that the Ship is based on a real vessel. Here is the Wikipedia article on Columbia Rediviva. She was the first American build ship to circumnavigate the globe. She also sailed into the Columbia River giving the river its name. It is also responsible for part of the name where I live, British Columbia.

Somewhere along our journey we also got photos with Tigger, Eeyore and Pooh.

The Jungle Cruise ride is another one that brought back memories of my 1978 trip. The guide was just as pun-ny as way back then. It could have been the same guy, OK not really but I think this is the ride that has changed the least. 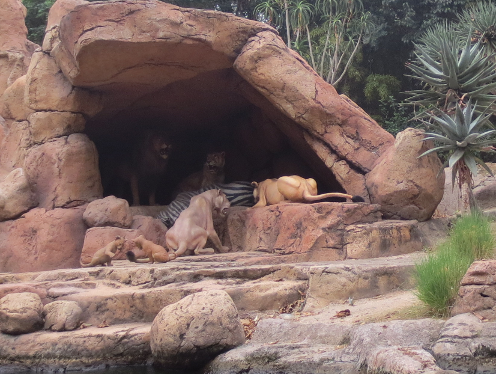 Lunch today was at Redd Rockett’s Pizza Port, another place that I found online. The pasta was excellent but the pizza didn’t really cut it for our kids and they ended up eating some of our pasta. Fortunately the portions were huge. Between the huge Breakfasts at the hotel and huge servings in the parks we are only having two meals a day. Lunch being about 3pm and being renamed lupper. 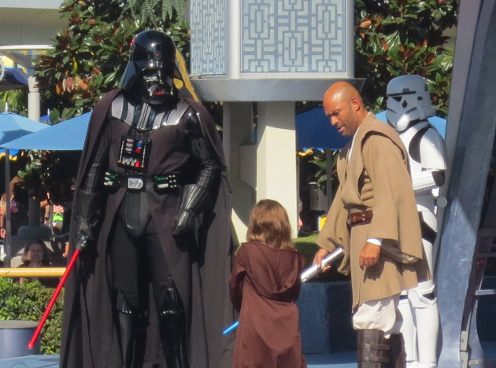 We had watched the tail end of a show heading for lunch where some Jedis train the padawons and then the padawons get to fight Darth Vader or Darth Maul at the end. We went back after lunch and the next show was about to begin. All of my kids got selected to participate as padawons. Cool and the kids though it was one of the best things. 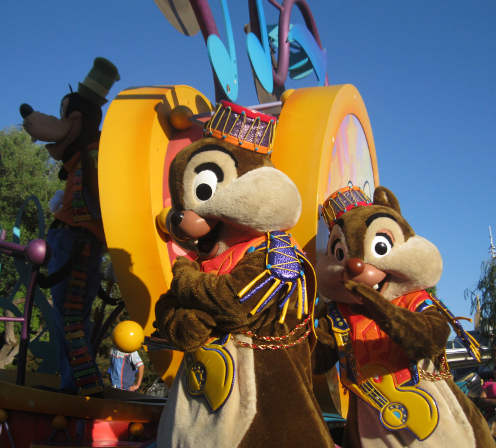 Towards the end of the day Danielle wanted to go see the parade. Knowing her I knew that she would want to be right in the front. I don’t particularly like crowds so I found I nice vantage point on a bench in the shade. I had a view of the parade and I was right in front of the castle. That meant that I got to witness a marriage proposal. She wasn’t expecting it but she said yes. Apparently that is a very common location for proposals.

The Disneyland side of the park closed early this day for a Halloween party so we finished off the day over at California Adventure and that will be part 2.