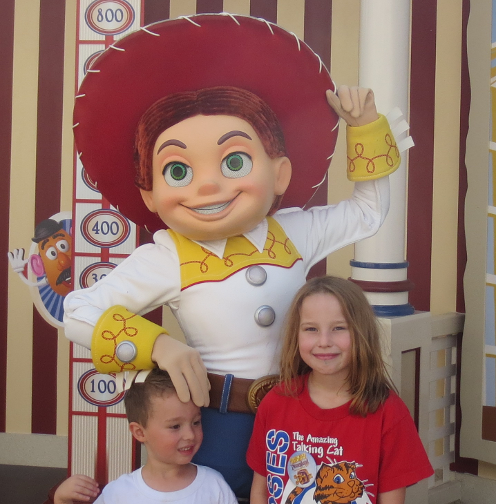 This was our last day in Anaheim before heading to San Diego so we had a list of things that we needed to do at both parks. The first stop was for fast passes for a ride we wanted to go on. While Danielle waited in line we went and explored the Main Street in California Adventure. I have an interest in how things are built and I have been on the outskirts of the maker community so I picked myself up a DVD on the making of Disneyland as my souvenir.

In the same store we discovered that Ian uses Youtube like we used too use the Sears Christmas catalog. He knew exactly what a Disney Infinity system was and what all the parts did. He also made it very clear that he wanted one. We told him he could put it on his Christmas list. 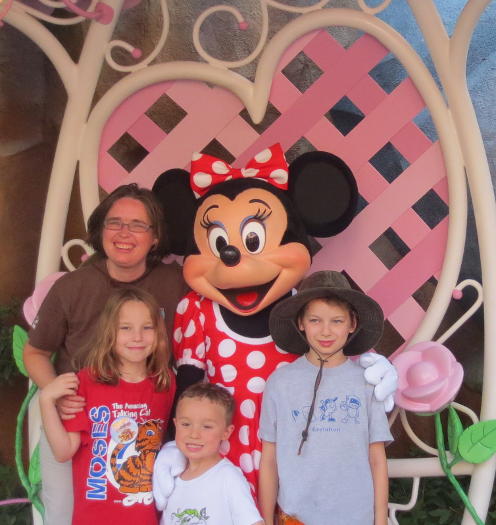 High on Margaret’s list was getting to meet Minnie Mouse and get an autograph. She has never been into the princess thing so this was a good choice. It also meant that we ran in to a group from Dreams Take Flight. They were waiting to get Minnie Mouse’s autograph and I recognized the shirts. So I walked up to them and introduced Philip to them and explained he had done the trip 4 years ago. It was cool to see them and I hope I thanked them but honestly I can’t remember. It was one of those crossing path meetings that while important both groups were in a hurry.

One other thought process that I had was that Danielle and I treat the parks differently. I saunter through the parks and look at everything and overall absorb my surroundings. Danielle is rushing from ride to ride trying to get as many in so she doesn’t see the same things. This is also sort of in line with the umwelt thoughts from yesterday.

The other autograph that Margaret really wanted was Jesse from Toy Story. I think she picked well on her role models.

As I mention yesterday we saw the ‘World of Color’ show. Today we got to see all the piping that they use to make that show. It was clear that they were doing some maintenance on it and had raised it out of the water. It also revealed just how big and complex it was.

One of the last things that we did in California Adventures was to go on the Radiator Spring Racers. I liked the entrance to this area. I was done very well and hard to tell where the backdrop was. 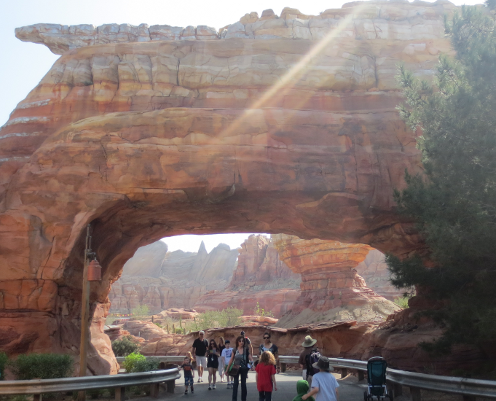 We got to the last thing at Disneyland that we wanted by making the decision to take a taxi to the train station rather than the buses. We went over to Tom Sawyer’s Island. It was fun trying to keep up with the kids particularly when they went climbing in the secret tunnels. Some of them were a little tight for me. One of the things that I noticed was the bone cage was steel shaped like bones and painted. 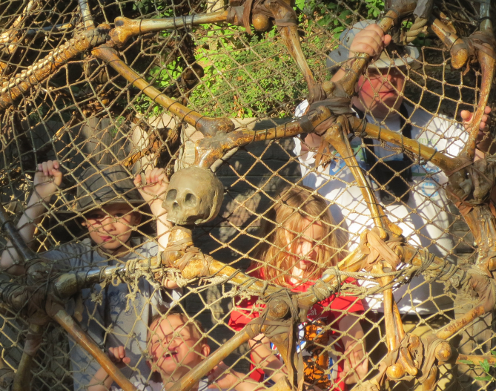 We had to leave the parks early to catch our train to San Diego. Our tickets said to be there 45 minutes before our train. I was expecting some form of security like at airports but there was none. We could have been there much later than we were. At first we were the only ones there, eventually more showed. The train ride itself was uneventful and given that it was dark out there was not much to look at.

We got into San Diego at about 10:30 and had to walk to our hotel. Fortunately the kids had grabbed naps on the train. I needed them to help with luggage although Philip ended up with Ian’s suitcase in addition to his own.

We got to the hotel and got checked in to find that the key card we were given didn’t open our room. Danielle went back to the front desk after what felt like forever she came back with a security guard who led us to a new, better room. Apparently there was someone in the room that wasn’t in the computer. They had called and woken the poor guy up 11:15 and the security guard’s next stop was that room. In the morning we asked at the front desk and it turned out to be a simple error on the part of an employee. He had moved them but hadn’t registered the change in room in the computer.