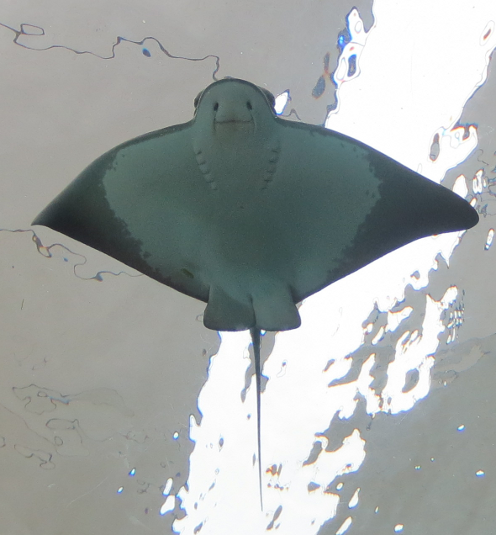 Today we went to Seaworld and then took the train up to Carlsbad and Legoland. We took the bus to Seaworld and that worked out very well. There are no transfers and it only took about 15 minutes. As a bonus we got to talk to an employee on his way to work. He gave us a number of tips that were very useful. The only issue was when we got off we followed the crowd but the crowd was all employees heading to the employee entrance. They quickly redirected us. 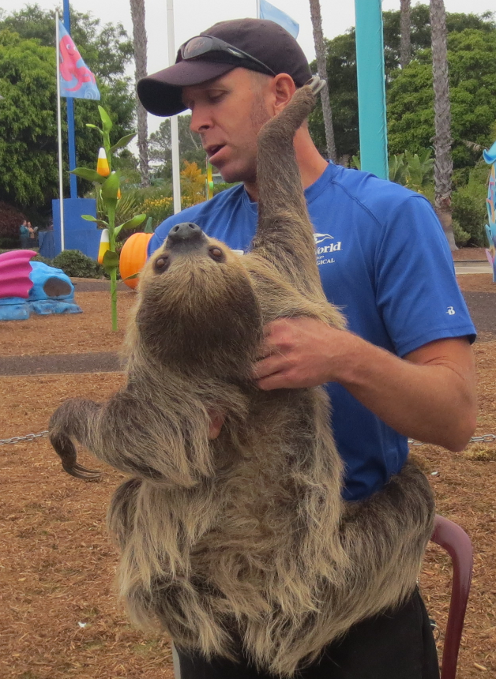 Before the official opening they brought out some animals and we had a chance to talk to their handlers. I asked for Margaret what they need to have as an education. The answer surprised me a bit. Obviously zoology was a possibility but more have degrees in psychology.

It was a cool overcast day and was threatening to rain so there were very few people around. That meant that we got to all of the exhibits without any trouble and had good views at all of them. It was always possible to walk right up to the glass. Compared to the crowds that were there the last time, seven years ago, I would gladly sacrifice a sunny day for less crowds. 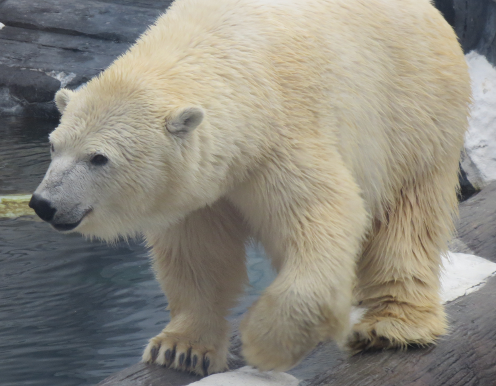 We started the day with Wild Arctic exhibit. Last time we had to wait in line, this time we just walked right in. It tied in nicely to Margaret learning about explorers. My favorite was the Polar Bears. Margaret found some information on the Franklin Exhibition. She remembered it from a book she read called “Explorers Who Made It… Or Died Trying”. He was in the died trying category. 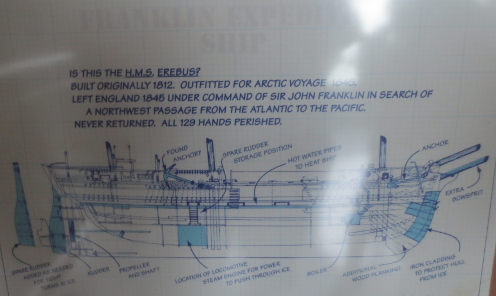 Margaret fell in love with the penguins, particularly the Macaroni Penguin. She ended up reading about them when we got home and wrote a paragraph on them. I really liked the seagull trying to pretend that he was a penguin. He didn’t get anything that I saw. The clipboard was were she was recording which penguin ate. Each penguin had a tag with a number.

The next area was the sea turtles. I kept thinking of Crush and Finding Nemo. Somewhere in the stuffy bin is a Crush that Margaret got years ago. 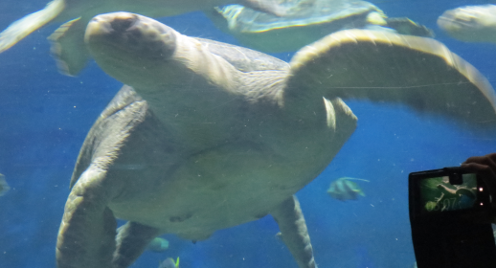 We also went to the Shark Exhibit. It has a glass tube that you can walk through with the sharks swimming around you. None of my pictures of the sharks really came out but it was still a cool experience even though I have a slight fear of sharks thanks to “Jaws”. 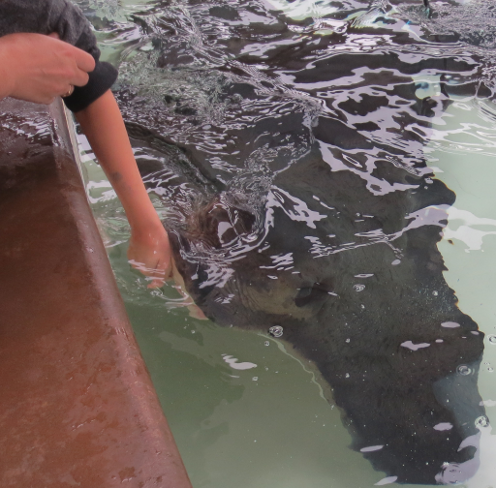 We then visited the Bat Ray tank. You can buy raw squid to feed them. It was cool but Ian didn’t hold his piece right and the Ray tried to eat his finger. Ian thought it was cool. I liked trying to get photos from a viewing area below the tank. It really shows their counter shading.

This post is going to be the second one that ends up being two parts. The common factors; first it was a travel day and second we didn’t go to bed until after 11pm.