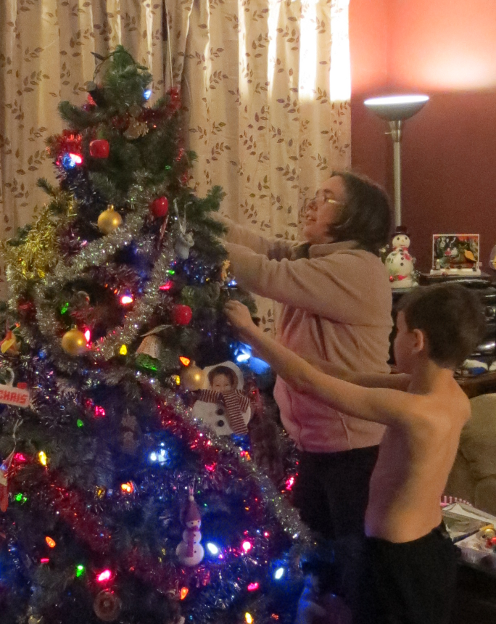 The big thing for us last week was the setting up of the Christmas Tree. In our house that involves rearranging the furniture. Our living room is not that big and we have two big couches and one little one. There is a right way of doing the tree so I do the heavy lifting and then stand back and take photos. I also get to hang my own special ornaments. 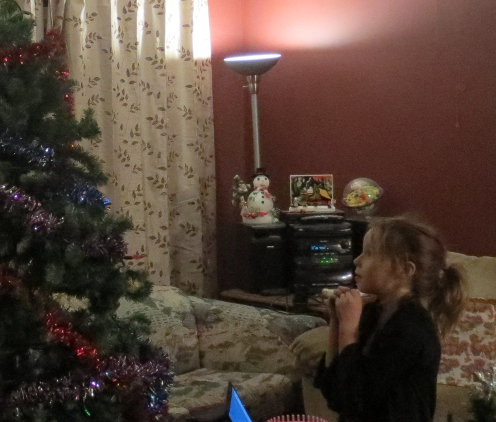 Apparently it was too warm in our house so my two boy had discarded their shirts. If you read my last weeks post you will know that I keep the house pretty cold. You will also note my wife is wearing a fleece.

We also finished our Christmas shopping. The kids still have to buy us a present but Grandma is going to take care of that tonight. We have my wife’s work Christmas Party tonight. They always throw a great party. 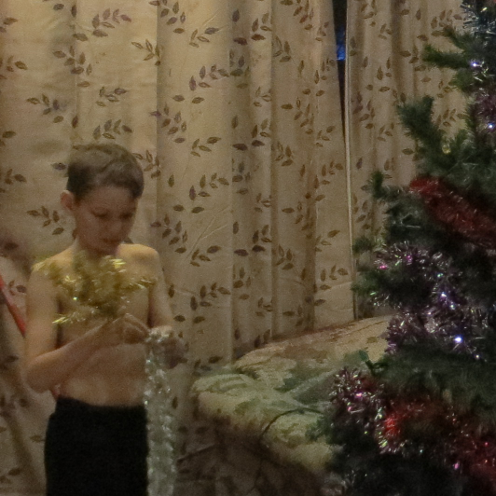 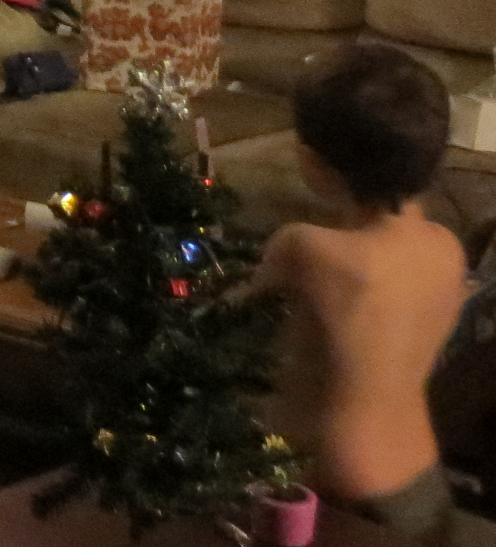 Margaret also got to test for her green belt in Tae Kwon Do. She did very well. We didn’t get any photos of it though and it went late enough for us to invoke Plan ‘C’ for dinner as apposed to Plan ‘P’.

The Agile is coming along and the kids are embracing it. We still need a little more productivity out of them but over all it is working.

Philip has all of his animal pictures classified. Next week we will be sorting them and putting them up on the wall. I am going to have him join all the different groups together with pieces of yarn. He is almost finished his first draft of a book report on ‘I am Malala’

Margaret has finished making notes for a book report on ‘Indian Captive’ We want her to do some more Student Writing Intensive before trying to turn them into paragraphs. She also did some science on light particularly about lenses. With the book that we were using gone, see last weeks post, I need to come up with new projects.

Ian asked for his own slips of paper for the week. We did a little bit of letter sounds and how to write them. We also did some math.

This weekend is my Christmas Baking weekend. So I have a lot of baking to get done.

The kids are always bugging me for chicken nuggets. That is not something that I would buy but then the kids saw some come up on my screen as I was browsing Pinterest. They were simple to make and used ingredients that I had in the house. They were also pretty healthy.

Philip finished reading the Hobbit. He now wants the Lord of the Ring trilogy. I am temped to buy it for the e-reader. I can get it in the used store for about $5 cheaper than the electronic copy. Less stuff in this house is worth $5.

He also read a ’39 clues’ book. He has been reading these since they started to come out in 2008. He reads them a lot faster now but he still enjoys them.

I bought ‘The Twenty-One Balloons’ and Philip read it in a single night. The purchase was a result of me being within a block of our local homeschooling store with an hour to kill. I remember reading the book when I was a kids and immediately recognized the cover. Flipping through it I realized that it would fit in very well with today’s steampunk.