A number of people have these book challenges but I have never found one that I would have actually read. So I decided to make my own list for 2014. I consider this a starting point. Some of these books should have been read last year but I forgot that they were coming out. Some have been on my shelf for years.

Ian in our reading nook since I don’t have a more appropriate image.

I have already ordered this book. I will read it as soon as it comes even if that leaves another book half done. Does any one else do that and have multiple books on the go? I have read all of the Discworld series, which now number 40.

This is a prequel to the Ender’s Game series and tells the story of first Formic War. This is the second book in what will be a trilogy.

The next three all came recommended by Howard Tayler at Schlock Mercenaries, a web comic that I like.

How could I have missed a new Larry Niven book???

From Howard’s description it looks to be up my alley but other than that I have no idea.

He was actually recommending Hydrogen Sonata but this is the first book in the series. It is always good to start at the beginning.

This one I came across while looking for the Bowl of Heaven. Two Larry Niven books that I didn’t know about??? I’m slipping.

The is the upcoming second book in the Steelheart series. There was more of enough revelations in the end of the first book that I can’t wait to read the second one. Unfortunately it is not coming out until fall.

The Rithmatist by Brandon Sanderson

When I mentioned on the blog that I had finished reading Steelheart, Becca over at One Homeschool Journey mentioned that her oldest had just finished this one.

I bought these first two years and years ago. I have read parts of them but I have never finished them. Have I already mentioned having multiple books on the go?

The first is by Orson Scott Card who is one of my favorite authors. I saw it at a science fiction book store in Vancouver so I bought it and the one next to it.

Elements of Fiction: Beginnings, Middles and Ends by Nancy Kress

This is the book that was next to it so I bought it as well. In searching for the first two books I found a number more. I don’t get to buy any of them until I have read the first two.

Discipline that Lasts a Lifetime by Dr. Ray Guarendi

I bought this one at the Catholic Men Conference in Vancouver last year. He was the speaker and really made a good impression on me. The funny part is that he said he didn’t want us to buy them to only have them sit on shelves. One other cool item was that all of his kids were adopted and homeschooled. 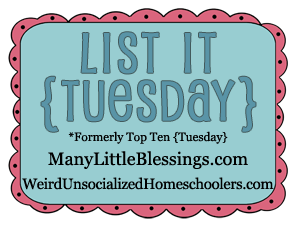