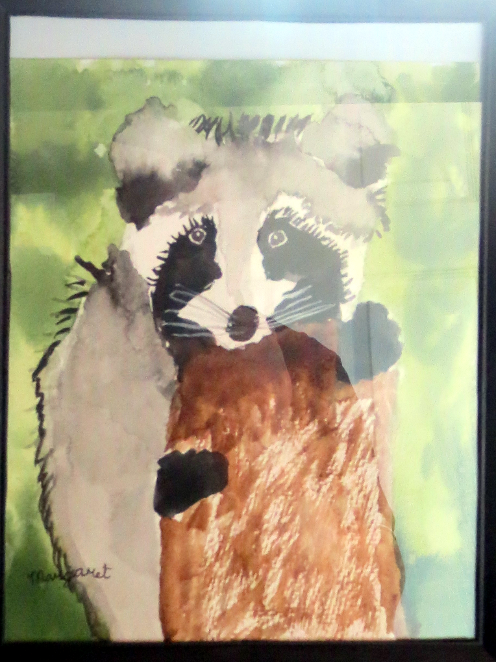 This has been a sick week. It started with my wife bringing home a stomach bug. I know it is bad when she takes a sick day. She is one of those people that works until someone sends her home so to have her stay home was unusual.

It spread to Ian who unfortunately threw up at 4 in the morning. He managed to get himself, his bed, Philip’s bed and Margaret’s bed. Yes, all my kids share a room. That is a long story but the short version is none of them will sleep alone. It all goes back to Philip’s time in the hospital. Anyways we hear Ian in the bathroom and running water which is unusual. He came and joined us in our bed. We asked what he was doing and he told us he was cleaning off the throw up. We decided to wait until morning to deal with the bed. They are in loft beds and climbing up and disturbing the other kids didn’t seem to be a good idea. In the morning we found out that he got it everywhere. Margaret who just had a little didn’t do anything about it. Philip who got most of it got up and started laundry at 4 am.

It was my turn next and I won’t go into details. The kids got more done this week than I did.

To explain the kids sleeping arrangements a bit more. They have a pair of loft beds which I call their nest. Margaret’s is the red one, Philip’s is the black and Ian is in the corner with the Spiderman sheets. They are in the basement so the beds are at the same height as the window. So they have an easy escape route. Access to the beds is up a slide. We made the whole thing and it is build strong. It will easily hold my weight.

A couple of my cupboards have become catchalls. I forgot to take a before picture of one of the cupboards.

The biggest thing this week was that Margaret got to go to a watercolor class. It was amazing to see the results. She learned so much. I am trying to find out more time for her to go. The instructor indicated that there were more classes available for us homeschoolers but I am waiting to hear back on when.

The kids did a lot of math this week. It is their default action when I’m not around to give instructions and given that I spent two day asleep they had free reign.

My wife always wants Lipton Chicken Noodle Soup when she is sick. For me it is scrambled eggs with raisin english muffins and milk. My big roast this week was beef. We got two meals out of it as roast with the fixings and another dinner as beef dip sandwiches. I still have some left for lunches.

Ethan, he will be undergoing one of the most painful treatments in the cancer treatment arsenal. Layman’s version. He will be given modified mouse antibodies. These attach to neuroblastoma cells triggering an immune response that also takes out the cancer cell. Unfortunately it also attaches to nerve endings which also end up getting attacked. One child I followed described the pain as being on fire. I can’t even imaging how these kids bear it but they do. He will receive these shots daily starting on Monday and ending on Friday. Please pray for it to eliminate all the cancer and for the pain to be manageable and short.

Philip has really gotten in to the ‘How to Train your Dragon’ Did you know that they are based on series of books which he is now devouring. Anyways he created this Lego Toothless. I though it was a very good representation.

9 thoughts on “Weekly Wrap up: The One with Middle of the Night Laundry”