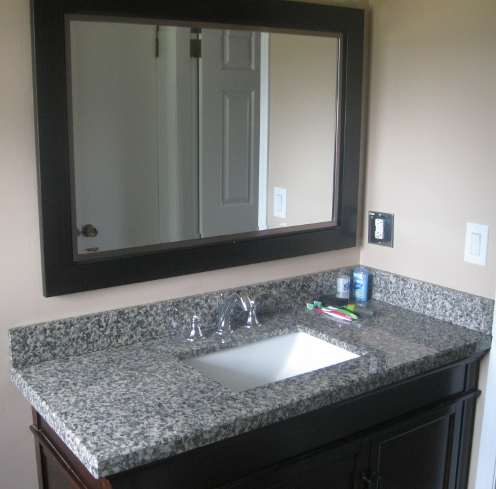 Our week was pretty relaxed with Philip still at Grandma’s. On Monday the other two spent the afternoon at the Y at their respective activities. It gives me a much needed four hours without kids.

Tuesday was Canada’s Birthday; Canada Day. My wife had the day off and there were lots of activities we could do. I was feeling a little under the weather so I let her take them to some of the activities. I relaxed, had a nap and made brownies for our second commitment of the day.

In the evening we went to a party with the Irish band my wife and daughter are part of. It was a potluck thus my brownies. It was great food, great conversation and of course great music.

My wife wants me to include the following video. It does a good job of describing what it is to be Canadian. The person on the right in Chris Hadfield, a Canadian Astronaut, who spent time on the ISS.

The biggest thing for this week is our bathroom is finally finished. We had a vanity that had to go back due to a forklift hole in one side, a vanity top that was the wrong one and another that was broken in half. We ended up going with a different top which I like better anyways and didn’t have to be special ordered.

I have also continued playing with Origami and I have started adding posts on it. The first post is on the Origami Penguin. This week I made a dragon that I found to be really cool.

This week I tackled the game closet. As you can see it was an absolute disaster. When I was done I had two empty shelves. I ended up bring the puzzles from downstairs up and that took up one of the shelves but finished emptying a whole unit downstairs. I am under blanket orders to not eliminate any shelving units but I can make them temporarily unusable.

We have our final grade for the year and both got straight A’s. For those that are wondering how this works. We register through a distance learning (DL) provider. They receive funding from our government and offer us a variety of resources including a teacher to oversee and ensure that we meet the requirements set out by the government. Think common core but with out the controversy. Ours are much simpler and goals only. I am not told how to teach only that they need to know x by the end of the year. The biggest advantage is that we get a PO# and budget to buy curriculum with. It is still cheaper than yet another seat in the public system. The other advantage is I get transcripts as if we were in a private school.

Last week I mentioned that we watched a photo shoot after a lesbian wedding. I then watched the following video and read this article from Babycenter.

I support LGBT rights and gay marriage and I have long had a problem reconciling that with my Catholic Faith. I also just learned that a friend of mine since kindergarten was a victim of a gay bashing years ago. So is there anything that you have been keeping your mouth shut about?