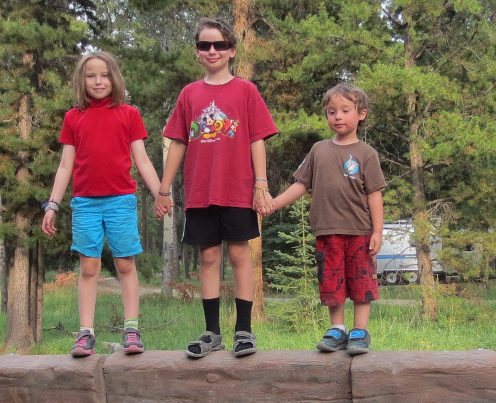 I thought I would use the majority of this as my new ‘about us’ page. So I am including all of us not just my homeschoolers.

Philip was my first homeschooler having started back in grade 5. When he was 3.5 years old he was diagnosed with Neuroblastoma, a childhood cancer. He under went 9 months of intense treatment including chemo, radiation and surgery. He was clean for a year and then relapsed. More chemo and radiation wiped it out again. He has now been cancer free for 6 years and off treatment for 5.

When he grows up he wants to be and inventor. He reads voraciously. Some of his favorite books are: Lord of the Rings, Narnia Series and my wife has just gotten him into the Pern books. His strengths are in Science and Math. He is good at writing but it takes him forever.

He is also ADD and we do use medication to at least take the edge off. Keeping him on track is always a challenge. Sometime I just let him loose on Wikipedia to research a subject. It is always interesting to see where down the rabbit hole his reading takes him.

Margaret joined us last year for homeschooling. She is an excellent student and was given the choice to stay in the public system so the choice to homeschool was fully hers. Like her older brother she is a voracious reader and some of her favorites are the How to Train Your Dragon series and Dragon Keepers. Also like her brother her best subjects are science and math. Writing is not her favorite subject but she still does a good job of it and is faster than her brother.

Last year she discover watercolor painting and we got her into some classes. She enjoyed those very much and they greatly improved her skill. I am planning on putting her in more this year.

Ian will be my newest official homeschooler but we did a practice year last year and thus are a little bit ahead. That and the limited things that I officially have to teach him this year is why I consider him in both grades. He has an insatiable curiosity and huge desire to catch up with his older siblings. He can read a few words and is rapidly figuring out more. His math is well beyond what I need to do for K. As an example the requirement is to be able to count to 10, identify them pictorially and printed as in ‘7’ as well what is greater than and less than. He can count to over 200 and we discovered that he could read numbers like 573 and 547 and tell us which one is smaller when we handed him a GPS for geocaching. It is going to be interesting keeping up with him.

Danielle – Wife and the working parent – Age do you really think I am going to answer that? 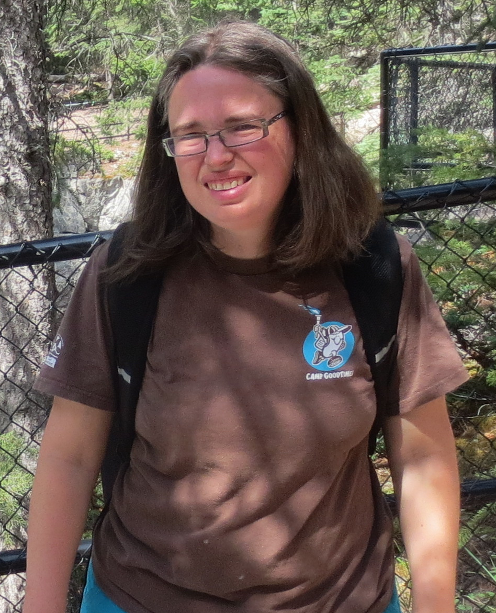 She is a Software Engineer at a very large company that I am not allowed to name. The bottom line is that she makes more money than I ever have. She works long hours and is very good at what she does. Her hard work is what allows us to homeschool.

She helps out with the homeschooling, taking part in our planning, keeping us on track and motivated. She is also responsible for implementing some of our systems for keeping us on track including one called ‘Agile’ I’ll talk more about that next week in the ‘A Day in the Life’ post.

Some of Danielle’s favourite series are Anne McCaffrey’s Pern, David Edding’s Belgariad/Mallorean, Janny Wurts Wars of Light and Shadow to name a few.

Chris – Me, Stay at Home Dad and Homeschooler – ?? 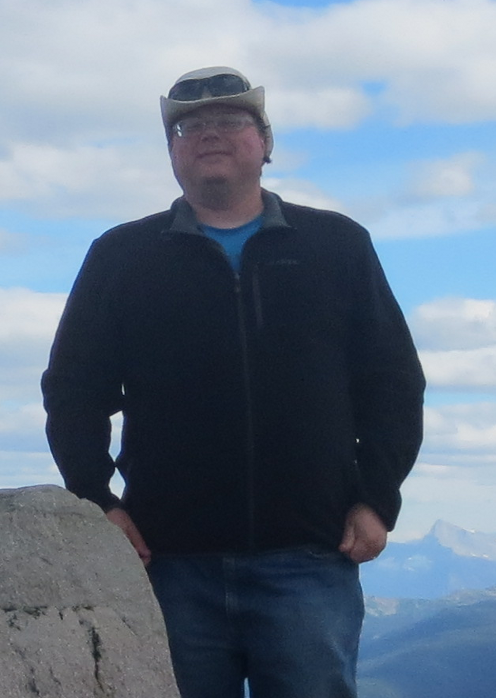 I have been a SAHD for the last five year and this will be our third year homeschooling. Before that I was a computer programmer in a variety of positions. My first real job was fixing Y2K problems for a Class 8 truck manufacturer with a lot of legacy systems. Years later and many jobs later a period of unemployment became my tenure as a stay at home dad.

Like everyone in the family I also love to read. Some of my favorite authors are Terry Pratchett, Larry Niven, and Orson Scott Card. Recently I started reading stuff from Brandon Sanderson that I have been enjoying.

I am also ADD and am on the same medication as Philip. We sometimes that we are playing with our brain chemistry. I know the medication helps and some of the problems that he has. It makes it a little easier knowing we are both on the same page. Of course days that we both forget our medication are never fun.