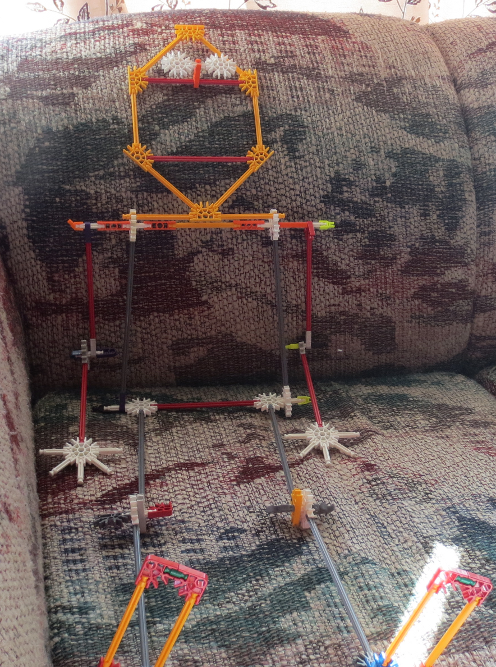 Philip survived the Winter Survival Camp. Unfortunately I didn’t get a picture of the sled all bundled up as it came back as pieces loaded into the back of a truck. Picture the Alaskan sled dogs but with Philip towing and a green kids sled. They had a great time and Philip kept warm the entire time. As part of their survival training they were taught how to make and set a snare trap for rabbits. They didn’t catch one and I am just as happy that they didn’t. The group last year did and it did become dinner but for some it was a bit traumatic. Frankly it would be for me as well.

I am way behind on my 40 bags and need to get caught up on Sunday although some stuff may go out on Saturday. I am up to 12 but I should be at 16. The one bag worth came from cleaning out the cupboard above the microwave. A random place but I had to empty that cupboard to fix something and mine as well get rid of some stuff.

The big thing is that I managed to removing the purge pile that was going to the thrift store. My wife needs to check everything before it goes. She only removed two items. The pile filled my car.

I also got rid of all the old electronics. I took them to electronic recycling. I discovered that they have expand the locations and there is now one about five minutes from my house rather than 15 minutes. It is a small difference but I go past the close one all the time and the other is a special trip so it should make it easier.

One science period went sideways on me and result in the creation of K’nex person that the kids named Jonas from the novel “The Giver”. To bad that human body was back in the first semester. We did talk about some of the simple machines that are built into our bodies.

That science period start with Ian making a kicking machine. It was a bit of an accident but he found if he twisted the rectangle at the top back and forth it would kick. I showed him that he just had to turn the white gear at the back to make it work.

Margaret made Mexican Banana milk drink called Agua Fresca de Platano however on finding the recipe to link to in my blog I’m not sure how Mexican this one is. The page seems to indicate a more Cuban origin. It would be an easy mistake for her to make. Ian and Margaret liked it but the rest of us didn’t. The recipe made a gallon so I think their is still some in the fridge that is going to go bad.

Both kids started making monuments in Minecraft for their culture study of a Spanish speaking country. For Philip that involved using a satellite Google map view and measuring, making a scale diagram and calculating the height from and image and the knowledge of the width from the satellite view. For Margaret, who is doing it full scale if was figuring out if the base measurement she had looked up was one side or the perimeter. She figured out that if it was the perimeter it would be taller than it was wide and therefore it must be one side.

Philip is reading the third book in the Quantum Prophecy series, “Absolute Power”

Margaret read a number of Pokemon books and “The Tales of Beedle the Bard”. She also read “Stink the Incredible Shrinking Kid”

I am reading “Libriomancer” by Jim Hines.