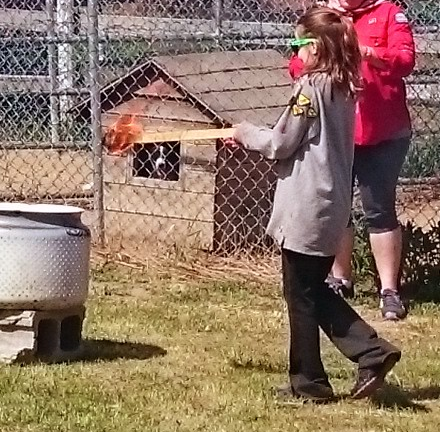 Sorry for disappearing. Life got busy and my mother was in the hospital. Unfortunately it is cancer. I am not sure how to write about it. With Philip I knew that I had to be there for him and I couldn’t waste time thinking about the worst case scenario so I didn’t. I put him him in God’s hands and was confidant that he would survive. I seem to have automatically fallen into that state of mind with my mother. It is highly unlikely that she will get the same miraculous outcome that Philip got but we can hope.

On to happier news. Danielle spent a week at a DrupalCon in Los Angeles. She learned a lot and will be sure to implement some of it. It also meant that she came back with far more t-shirts than she left with.

I ended up missing our local homeschool convention because I was visiting with my mother but my wife and her mom went. They had a good time and I was glad that my pass didn’t go to waste. We need to start planning Philip’s secondary school time. One problem is that most math curriculums are from the US and while they cover the same stuff they do it in a different order and as different pieces. We have to make sure that the pieces we buy cover everything.

In Scouting there was the swim-up ceremony so Margaret is now a scout. There was also the Cuboree which was Star Wars themed. The scout were there as helpers and organized the obstacle course the cubs ran through.

The music group that my wife plays with and Margaret sings with have a yearly women’s weekend away. Swimming, food and good conversation. They also bought Margaret some wonderful new outfits. You can see her reaction in the photos.

Philip has been studying the first ten dynasties of China. It has been interesting at a high level. There is so much there that we could spend an entire year on it not the several weeks that we have.

Margaret did a simple machine force experiment, pulling a block up an inclined plane with a spring scale. We altered the angle for 3 values and tried the block on its own and wrapped in sandpaper at each angle. Ian watched the experiment and made his own predictions including the that the sandpaper increased the friction.

Philip has done two experiments. The first is to make a super saturated sugar water solution, measuring the amount of sugar that could be dissolved and watching the crystals grow. The second was to determine the density of various rocks. He weighed each rock and then measured the displacement the rock caused in a glass of water. From that he got the volume of the rock and could calculate the density.

We are now six weeks from our final portfolio of the years so the pressure is on.

A fun choir performance of a XKCD cartoon.

2 thoughts on “Weekly Wrap up: I’m Back”