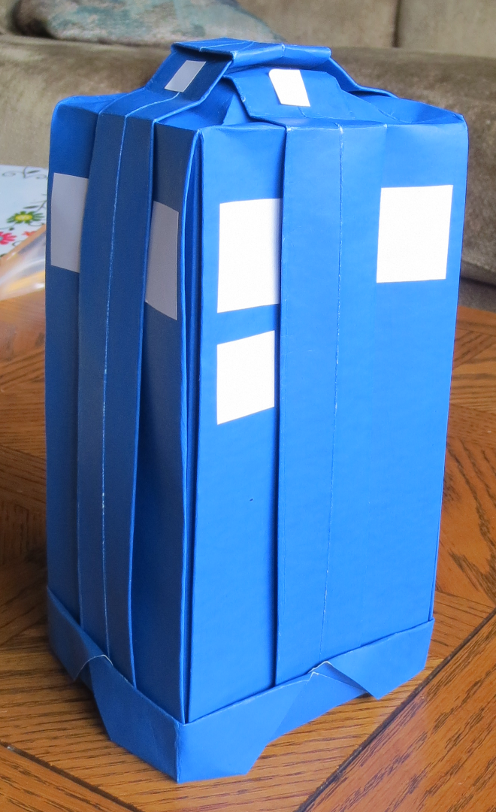 Folding and Video by: Alejandro Vesga

This was fun and a lot easier than I originally thought after first watching the video. It took me three tries to get one I was happy with. The first ended as a crumpled piece of paper. The second, the paper was too small and the final folds just wouldn’t work. The third I made out of a large piece of poster board. It was hard to fold being so thick but it gave it a good size and rigidity. I think I would use something a little thinner next time. My lantern didn’t work out as well as his and I believe that is because of my choice of materials.

Happy: 9/10 If the lantern had come out as well as his this would be a 10/10. I wanted to make one for a while and was very happy that it was instantly recognizable even without the stickers for windows.

Relaxed: 7/10 Crumpled up paper is not good but overall with a successful end result it was good.

Intellectual: 7/10 It wasn’t as hard as I thought but finding a suitable material was a challenge even with all my kids craft supplies