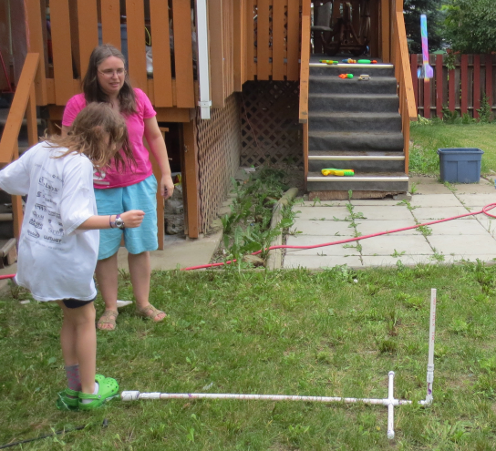 This has been another week of focusing on the portfolios so there hasn’t been a lot of extra curricular activities. The kids attended a kids festival on Friday. Grandma took them so I don’t have any photos but it is the usual craft stations and performers.

I got a new video game which is to be Philip’s reward for finishing his work on time. I bought it early because it is on sale right now. The game is a remake of SimCity but updated beyond belief. I shouldn’t have started playing it. I don’t really have time right now. If you remember and enjoyed playing Simcity this is well worth the money. Steam Store

One week to go and I am feeling better. There still isn’t a lot crossed off but most items are to a review and edit phase.

The fun item this week is my wife had them build rockets on Thursday morning. We have the parts for three types but only had time for two.

The first is a toy rocket that flies balanced on a fountain of water. It is cool particularly on a hot day. The launcher controller is well within the splash zone. It was windy so we had troubles keeping it balanced.

The second is effectively a super sized straw shooter made out of PVC pipe. You stomp on pop bottle and the paper rocket goes flying. The plans for one can be found here (NASA PDF).

The third is a pop bottle half full of water, pressurized with a bike pump and released. This is the one we ran out of time for. I have seen them done before and they can go much farther so it will require a move out of our backyard.

We also did the film canister with baking powder and vinegar one. It also demonstrated mixing an acid with a base in a safe manner for Philip. The rest was for Ian’s work on forces.

For me it is a toss up between the video game and the rockets. For the kids it was the rockets hands down.

4 thoughts on “Weekly Wrap up: Rockets”