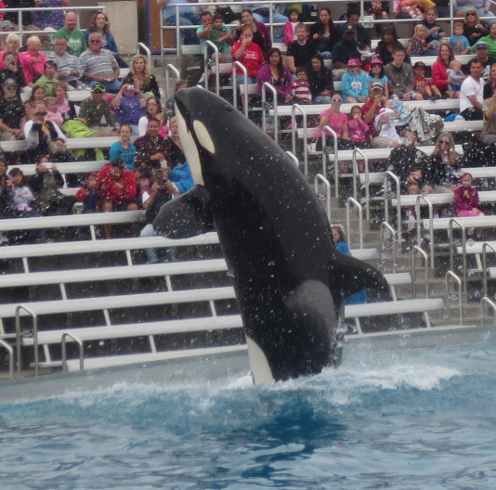 Before I forget Seaworld has an area on their website for teacher resources. I would love to see some of those ideas turned in to level readers and chapter books but still an excellent resource. 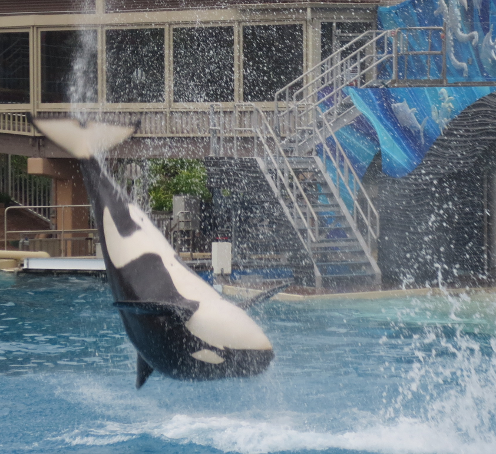 We also got to most of the shows. On weekdays there are less showings of each show. For example there was only one Shamu show. That was one of the things the employee on the bus made sure that we knew and told us to plan our day around it. So we saw Shamu, the Dolphin show and the Sea Lions. All were excellent. Ian was completely enthralled with the dolphins to the point that before we went down he was a dog now he is a dolphin. He squeaks, jumps and asks for fish for dinner. I didn’t get a lot of photos this time as that would have caused me to miss something. 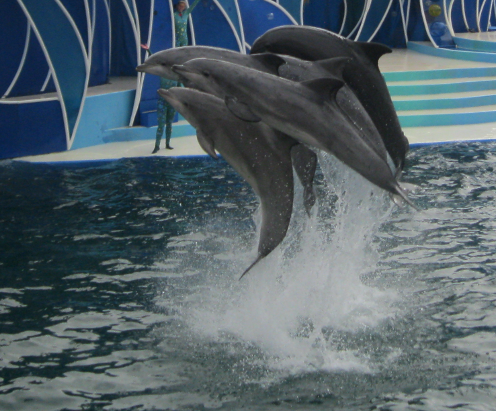 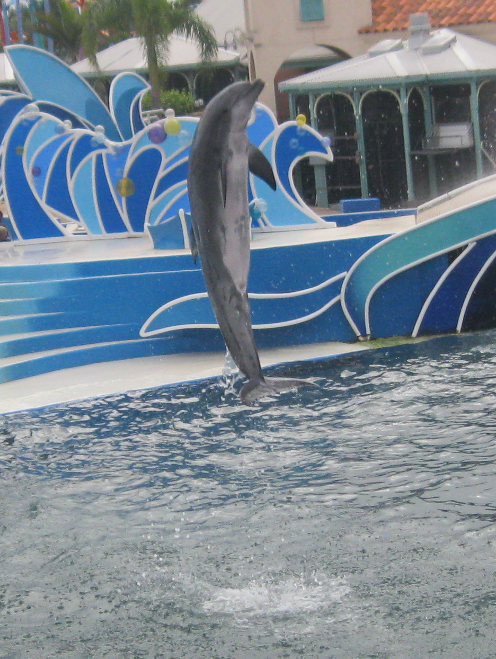 Before going to the Dolphin Show we got a funnel cake to share. This is one of the experiences that I remember from 7 years ago. I have come to realize that some of my memories of places are tied to food. Funnel cake is something I first discovered in Seaworld 7 years ago. When I find it other places it brings back memories of our earlier trip. Having funnel cake this time reenforces those memories.

After the show everyone files out of the seating and seagulls, pigeons and other birds flock in to eat all that we humans have dropped. I joked to an employee as we were exiting, asking how long it took them to train their bird clean up crew. 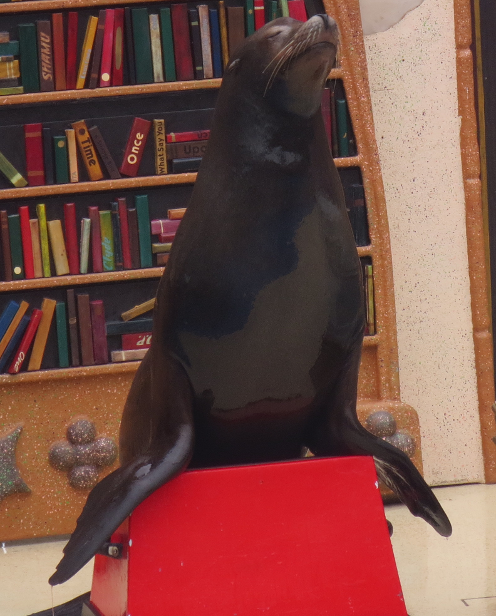 One thing about the shows, when they say “Splash Zone” they mean it.

One of the coolest parts of the day was going to the dolphin area when they were allowing them to interact with the visitors. They had trainers in the water and the dolphins going along the wall. They would stop and let you pet them. For me that was one of the coolest things ever. It is really hard to explain what they felt like but I will remember for a long, long time.

Margaret also asked a question there about how dolphins get fresh water to drink. The answer was that they get their fresh water from the fish that they eat.

On our trip 7 years ago Philip was two inches to short to ride the Altlantis Coaster. Seven years later he still remembered that disappointment and was not going to miss it this time. At first we though it wasn’t running but later in the day it started up and he got to go on it.

While they were doing that I took Margaret and Ian to another play area where we got to meet Elmo. Elmo was heading for a break so we only got the picture with Ian and that was because Ian practically tackled him. 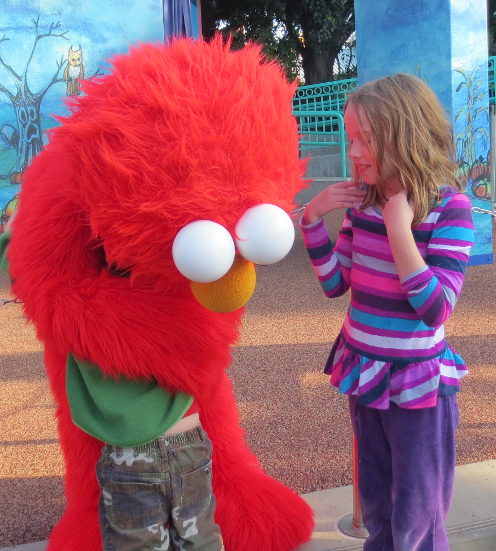 We went right to closing and bought souvenirs on the way out. We were expecting a big store like they have at the Zoo with everything. That was not the case and they didn’t have the Macaroni Penguin that Margaret really wanted. After me making a failed run to the back of the park and the store where we had seen them Guest services managed to acquire one for us. Two thumbs up for that level of customer service.

We took the bus back to the Old Town station which was also where we needed to get the Coaster train up to Carlsbad. My wife grabbed a taxi to go back to our hotel and get our luggage and I waited with the kids. The train trip was relaxing. When we got to Carlsbad there was a bus sitting there so we asked the driver where he went. His answer was where did we need to go. He would go anywhere with in his area and our passes for the train worked for him as well. It made that last leg that much easier.

We arrived at the hotel about about 10pm and everyone started to mention that they were hungry. That funnel cake we shared earlier it was the only thing we ate after our large breakfast. We got checked in and then went in search of food. There was one restaurant open at that hour, Clubhouse with yam fries. I have to try making yam fries. 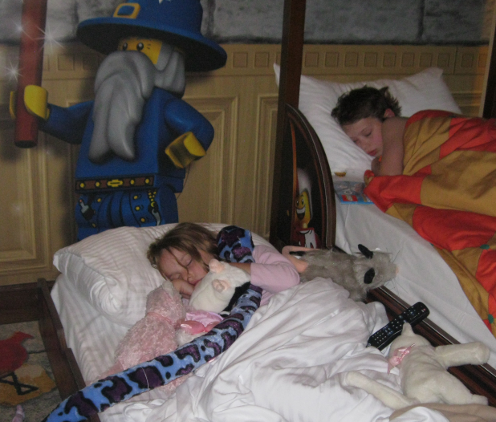 The Legoland hotel is absolutely amazing but more on that tomorrow. We crashed in our room about 11:30pm. It did not take the kids very long at all to fall asleep.