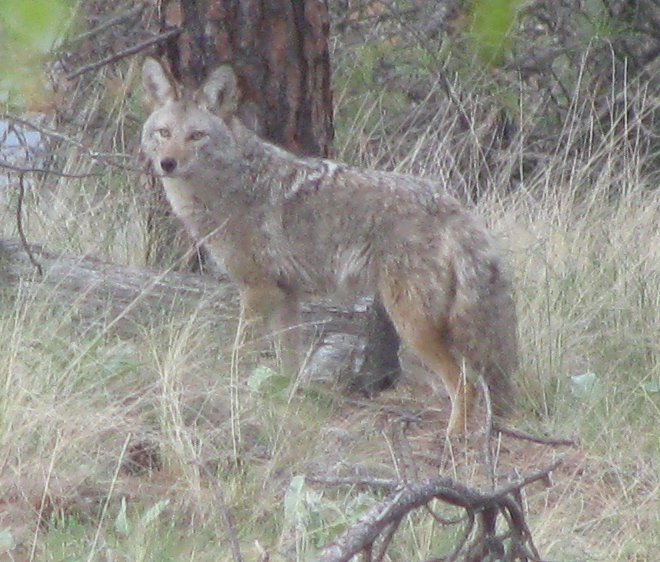 ** First we are planning on moving this site along with others to a new server over next weekend. While this should be fairly smooth if this site is down we will get it back up as soon as we can. **

The week started with our local homeschooling conference. It was a wonderful time and deserves a full post. Both days started with praise and worship with an excellent band. The keynote speaker was Carol Barnier and I went to everyone of her talks that I could. If you have a child with ADD/ADHD she is well worth hearing speak. I also bought a number of her books but I haven’t had time to read them yet. There was one talk of her’s that is available on YouTube called The Prodigal. It talks about dealing with a child that has left the church or is drifting away in their belief. It was a powerful talk. For any of you dealing with that sort of thing I highly recommend it. I also wrote a post on the Top 7 Things I Learned at the Conference.

Apparently I didn’t take any photos this week. So I have decided to intersperse some pictures of coyotes in the backyard of our old house.

There were two slots where she wasn’t speaking. One I attended was a presentation on Jolly Phonics. We already had some of their stuff for Ian and have decided to continue with it. The second was called Calming the Chaos. I wish that I had a time turner and could have spend hours listening to her talk. There were a lot of hurting people in the room with questions. All of which were important and the answers were all useful but she needed 4-6 hours not the hour she had.

On Sunday we got to go to a local amusement place thanks to the Canadian Cancer Society and their Camp Goodtimes team. They have lots of video games, both and indoor and outdoor mini golf, a go cart track and a batting cage. It was a nice day so we played the outdoor mini golf. It is a really good course with the concrete under the fake grass subtly contoured. We then went and did the go-carts. Philip is just tall enough to take one of the singles out. I realized later that that was the first time he was in full control of a motor vehicle. We then had pizza and pop and finished up our tokens. It was a lot of fun and hopefully the start of an annual event. We also got to reconnect with a family that we hadn’t seen since treatment. He is graduating this year.

First this next section has a happy ending and was just a minor bump on Philip’s journey. On Sunday evening he complained of a sore bum we checked it out, couldn’t see anything and told him to go have a shower. That helped and he ended up having four showers in the next 24 hours. At 4am on Tuesday it was really bothering him and he hadn’t slept. We took another look and at this time it had opened up and we knew exactly what it was. He had had the same thing when he was going through treatment all those years ago. It was called an anal fistula. Basically there was a small tunnel that started inside and exited. It was infected and had burst. I will spare you further description. The first time it happened surgery was an option but was ruled out because he was very low on platelets. This time he is healthy so we knew that surgery was probable. Philip and I headed to the ER. Having done this sort of trip many times before we knew to grab books. The first ER trip was fast. We saw the doctor who happened to be our old neighbour. He felt it was going to require surgery so he gave us what amounted to a pass to avoid some of the early steps in the ER and told us to come back when the surgeon would be in. The second ER trip took much longer. While the pass worked the way it should the surgeon was stuck in an emergency surgery most of the day. We saw the surgeon and she agreed that it required surgery and put us on the emergency surgery wait list. It is priority based so something like a car accident would have bumped us down. Being a kid puts you higher on the list. The bottom line was we were stuck until the surgery happened. Fortunately that happened at 6:30pm and went smoothly. By 9pm we were up on the ward ordering pizza. We hadn’t eaten since the night before. They kept us overnight for observations and we were discharged at about 10am Wednesday.

As I said at the top we will be moving servers next weekend. My wife when she was the WAHM ran a small company creating and hosting websites. We are no longer doing this but there are a few websites that we still host. As the numbers have dwindled we are sitting on a server that is way too powerful and expensive for what we need. So time to move to a small cozier home.

Didn’t happen this week. The ER trip eliminated any possibility of getting anything accomplished.

My wife got to play homeschool mom for a day and a half. I think she rather enjoyed it. I have always thought that if our roles were reversed she would have also ended up homeschooling them. She also had to get work done so she was multitasking. Margaret got lots done but Philip with missing two days is behind. I have at most six weeks until the final portfolios are due

Ian: Are we Christian? I said I didn’t think so. (He was asked by the people watching him at the conference which is Christian.

He then remembers the “They will know we are Christians by our love” hymn and starts to sing it.

Ian: We sing this in church so we are Christians?

At this point it hits me what the problem is.

Daddy: You know how you brought home flowers and I called it a plant and then we discussed that flowers are a kind of plant and both words are accurate? Well Catholic is a kind of Christian.