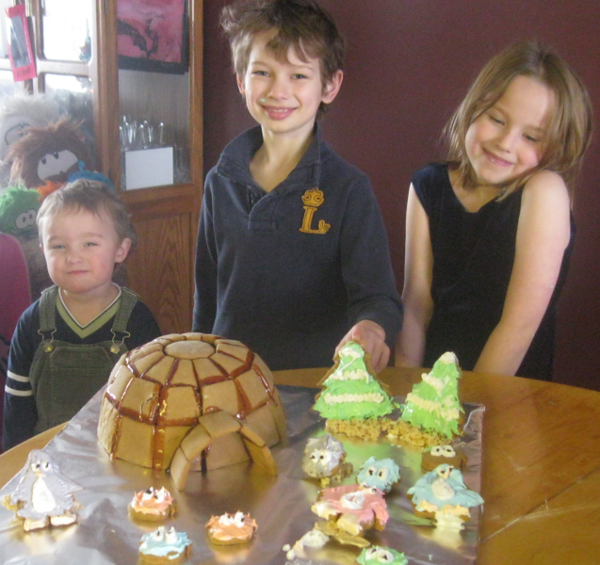 I became a Stay at home Dad almost 6 years ago. At the time both my wife and I were between jobs. She found one first and when we did the math my old salary was only $800 more a month than child care for 3. The deal was that I had to make or save that $800 each month. I did so by cutting our grocery bill, moving away from prepackaged food and doing some contract work.

Since then she has found a much better job, with much better pay and benefits. Thus the $800 requirement went out the window and my position as a SAHD became secure. We have been working towards debt freedom and still limit our spending and keeping the food budget in line. I allow very little prepackaged foods, jar sauce or other items I can make myself. I routinely make my own bread.

Three years ago I started homeschooling my oldest. He had been having behavior problems at school. Some were his fault but some were bullying and I wasn’t seeing enough done to resolve the problems. After a lot of discussion with him and my wife we decided to give homeschooling a try.

My youngest son is now six and is going into grade 2. I started kindergarten early with him as the older kids were much more hands off. I wasn’t sure I could handle kindergarten. By the time we were ready to enroll him for real our support teacher decided that he was beyond kindergarten and put him in grade 1. So much for my head start. It has worked out great although his reading is a little behind for his grade but it is ahead for the grade he would have been in.

ODS: He is 13 years old and going into grade 8. When he was 3.5y he was diagnosed with Neuroblastoma, a childhood cancer. He under went 9 months of intense treatment including chemo, radiation and surgery. He was clean for a year and then relapsed. More chemo and radiation wiped it out again. He has now been cancer free for 8 years and off treatment for 7. He is ADD and takes medication for it. I am also ADD and take the same medication.

When he grows up he wants to be and inventor. He reads voraciously. Some of his favorite books are: The Hanging Game series, the Divergent series and many more. His strength are in Science and Math. He is good at writing but it takes him forever.

DD: She is 11 years old and going into grade 6. She also love to read. Like her brother she has read both the Hanging Game and Divergent series. I recently got her into the Discworld series. She is good at all her subjects and the only one of us that is not ADD. She wants to be an artist when she grows up.

YDS: He is 6 years old and going into grade 2. He loves everything Pokemon. He ‘reads’ Pokemon books all the time. Math is by far is best subject and science is not far behind. I am sure that we will catch up on reading this year. He is also ADD and is not medicated. We will see how long I last before we take the medication road. I have taught him math while he was standing on his head.

5 thoughts on “About Us”