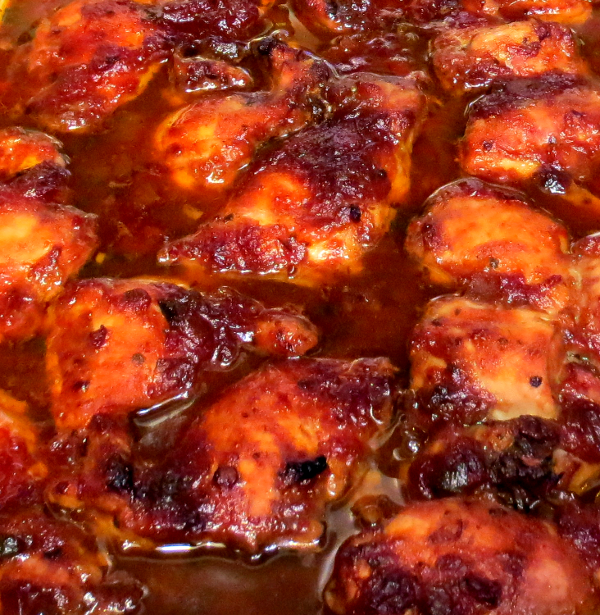 Salsa Chicken is one of my family’s favorite dinners and it is very easy to make. It only has three ingredients Chicken, Salsa and Brown sugar. While I prefer to make it in the oven as that gives it the nice carmelization, it also works well in the crockpot. Generally I serve it over rice. 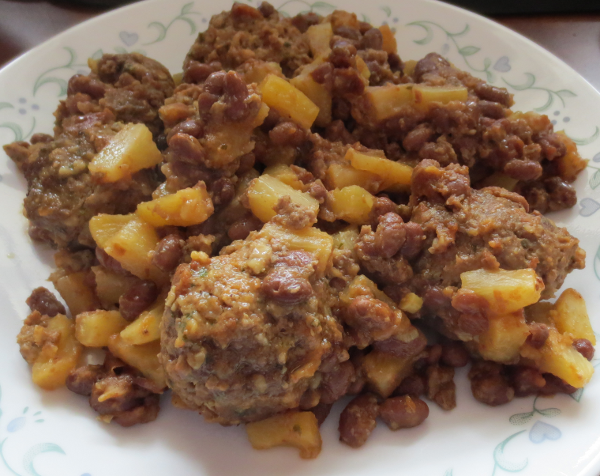 One of my family’s favorite dinners is Beans, Meatballs and Pineapple. It is as simple as the title suggests. One of the things that I like about it is that you can easily reduce the amount of meat in it to make it stretch.

The recipe came from my wife’s family and has been modified to have more beans. This one is high on the meatballs but I have done it with less meat and bulked it out with more beans. The meatball recipe can also be altered to your standard meatballs. Everyone makes them different. 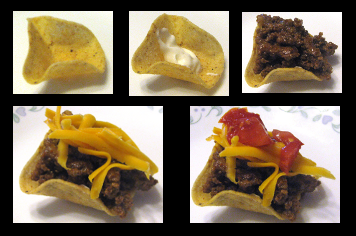