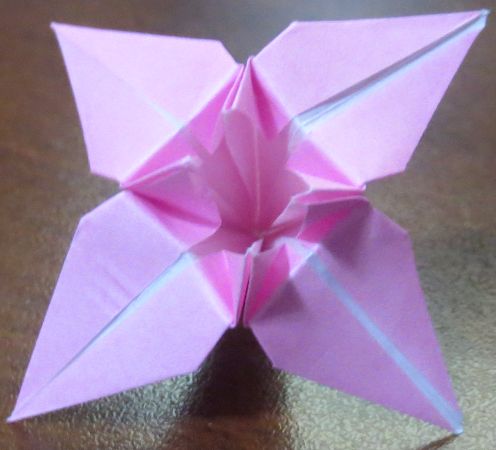 I made a number of these since I really liked them. I wanted to see if they were cuter if they were made smaller. I think they would be but I had problems working with the smaller paper and both of the smaller ones ended up with the same error. As I was writing this I made another attempt at the smaller one and figured out my error. At 5:45 you fold a little triangle up. You repeat this step four times. If you miss one then one of the points in the end is missing and the model won’t sit right.

Happy: 8/10 It is another flower that I successfully made.

Relaxed: 7/10 It was a little frustrating not being able to figure out my mistake.

Intellectual: 9/10 It felt very good to finally figure out my mistake. 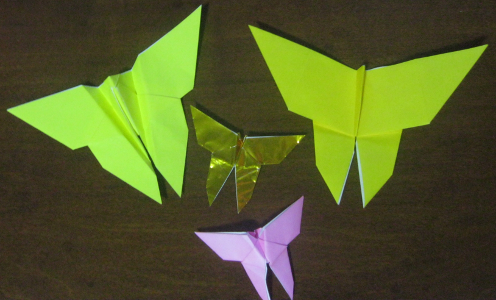 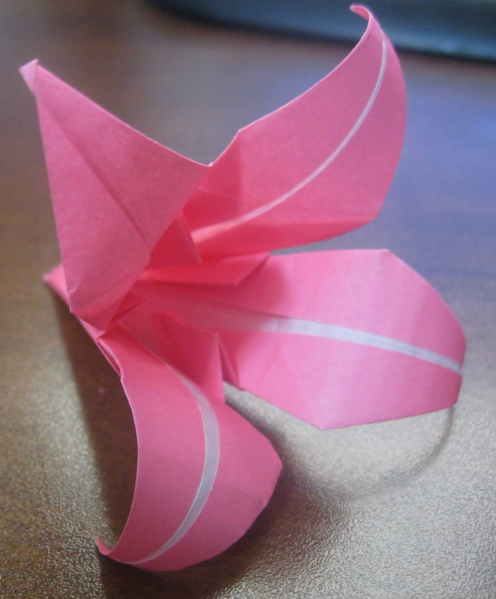 A lot of the early romantic gifts that I gave my wife back when we were dating were origami. Flowers however were the bane of my existence. Most that I tried failed. So making flowers for my wife were high on my list of ones to try. Somewhere I started calling it a lily but the video simply calls it a flower.

Happy: 9/10 It came out the way it should and it looks good.

Relaxed: 9/10 I didn’t have a single problem. I did have to rewind a few times but more because I had missed something not that I didn’t understand it.

Intellectual: 6/10 It was pretty easy and therefore not much of a challenge for my brain.